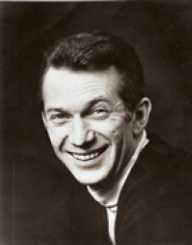 Michael Kidd was a renowned American Ballet dancer, actor, and choreographer born in 1915. He is best remembered for staging in top Broadway musicals and working alongside celebrities like Madonna during his career.  His great work earned him many awards including 5 Tony Awards. He then became the first choreographer to have earned so many awards.

His productions were full of life and energy, and its audiences fell in love with his work. His work Seven Brides for Seven Brothers, for instance, was among the best work of his time. Michael Kidd was the pioneer of the choreography style “integrated musical.” His greatest influencers were Léonide Massine and Charlie Chaplin.

Michael Kidd was born on August 12th, 1915. Brooklyn in New York City was his place of birth. His father Abraham Greenwald was a Barber. His mother was Lillian. Both parents were refugees initially from Czarist in Russia

Michael Kidd began his early education in Brooklyn after his family moved there. He took his secondary education in New Utrecht High School. He loved dancing hence he was taught by a dancer-choreographer Blanche Evan. He later enrolled in City College situated in New York where he studied chemical engineering. When American Ballet offered him a scholarship, he jumped at the opportunity and left his engineering studies.

Michael Kidd began his career when he joined a group ballet dancers belonging to Lincoln Kirstein. He performed sometimes. He even performed Eugene Loring’s Billy the Kid. It was then that his name Michael Kidd came into being in 1945.

He later joined American Ballet Theater. In 1945 he developed his ballet at the theatre entitled On Stage. It was received quite well, and it became a great success. This made Kidd quite famous. He got bored with ballet after a while and quit the theatre.

He later left broadway and joined Hollywood in search of more success. While in Hollywood he choreographed Where's Charley? Film in 1952. Later in 1954 he also choreographed Seven Brides for Seven Brother, a Hollywood musical.

Michael Kidd then decided to venture into acting and directing films. He took part in Its Always Fair Weather in 1955. He was also the choreographer and director of the musical film Merry Andrew. He also directed in music videos and TV programs in the 1980s to 1990s.

Michael Kidd was awarded five Tony awards during his career and became the first one ever to win such some awards. He also won 9 Tony nominations. He was presented with the 1997 honorary Academy Award.

Michael Kidd married Mary Heater in 1945. She was a dancer as well. They were blessed with two daughters and later divorced. Kidd married again in 1969 to Shelah Hackett. She was his wife till the time of his death. They had a daughter and a son.

Michael Kidd succumbed to cancer on December 23rd, 2007 in Los Angeles in California. He was 92 years old at the time of his death.