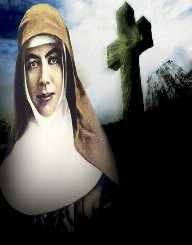 Mary MacKillop was an Australian nun and was declared saint by the Catholic Church, becoming the first, and the only saint in Australia Mary MacKillop is recognized by many as Sister Mary of the cross and is known to have been a teacher, innovator in the Catholic Church and an educator. Mary often prioritized the provision of education for the poor and took part in starting schools, nursing homes and orphanages for the poor across Australia.Mary was extremely educated and widely traveled for a woman of her day. However, her path was not always smooth, and controversy was not new to her. Due to differences with her bishop, Mary once risked being excommunicated. In general, Mary was loved by many and adored by sisters in her order.

Mary Helen Mackillop was born on 15th January 1842 in the present day Melbourne suburb of Fitzroy, Victoria.Mary's  parents were Alexander MacKillop and Flora Macdonald. The family consisted of 7 other children, whereby Mary was the eldest. Alexander was a good husband and father but found it challenging to provide appropriately for the family. His farm was not much of a success. Most of the time, the family did not have their own home and had to turn to friends and relatives for food and shelter. However, he tutored Mary who also attended private schools for her early education. Mary MacKillop received her first holy communion when she was eight years of age on 15th August 1850.

A lot of responsibility was bestowed on Mary’s young shoulders as she was the eldest. At the age of 14, she began working as a clerk in a stationery store and an estate governess to her aunt and uncle’s children at the age of 16. At this time, Mary was already set on helping the poor and brought in other farm children on the Cameroon estate. Due to such activities, Mary Mackillop came in contact with a renowned parish priest Fr Woods. Mary worked in the Cameroon estate for two years, and in 1862, she was offered a teaching job in Portland Victoria hence moved to Portland to work there. While here, Mary opened a boarding school named `Bay view house seminary for young ladies.’ Her family later joined her there.

At the time, there was limited education, especially Catholic school in South Australia. Fr Woods was concerned about this, and in 1866, he urged Mary and her sisters Lexie and Annie to join her in Penola and help her open a Catholic school, and they happily obliged. Soon the school became functional, and the Mackillops began teaching about 50 children. Mary became dedicated to God and made a declaration to it, wearing black regularly which was a Catholic habit.

In 1866, many other women joined Mary Mackillop and her sisters during the `Feast day’ of the Presentation of Mary.’ Mary adopted the name of Sister Mary of the cross. They formed a group which they named `Sisters of St. Joseph of the sacred heart’ and dedicated themselves to providing education for poor children. The group founded a new school named `Laurence Bonaventure Sheil OFM’ under the bishop’s instructions. This school was the first of its kind being the first Catholic institution in Australia.

Woods and Mackillop came up with the `Rule of life,’ which was community policy that specialized on issues, i.e., communal ownership of belongings, poverty, being willing to move to where needed and a deep sense of faith that God would provide. It became approved by Bishop Sheil. At the time, they adopted a brown habit and the sisters became widely referred to as the Josephites, and later as the `Brown Joeys.’

In 1967, another school was established in Yanilla Australia. By 1969 there were around 21 Josephite sisters providing education across the country. They also helped in other communal activities, i.e., helping the orphans, abandoned children and the elderly. More so, Mary Mackillop managed and operated a home for caring the terminally.
By 1971, the schools had almost doubled and were around 40 in number across South Australia and Queensland, and had been established by the 130 Josephite sisters.

At the time, Bishop Sheil became ill causing the leadership to become unstable. His ill health caused disunity, leading to some local priests attacking Mackillop with claims of financial incompetence alcohol abuse. A Catholic father named Charles Horan was against the Josephites and managed to convince bishop Sheil to change their constitution. Mary was against this, and as a result of her insubordination, the bishop excommunicated her on 21st September 1871.

However, Mary Mackillop was restored back to the church in 1872 by Bishop Sheil himself at his deathbed. The Josephites soon spread their region of operation to other countries, i.e., New South Wales and New Zealand. In 1875, Mackillop was selected as Superior General of her order. The same year, the Josephite group became a canonical congregation courtesy of Pope Leo XIII. Mary served as Mother superior general for the rest of her life.

Mary Mackillop founded `The sisters of St. Joseph of the sacred heart’.  For providing of education and taking care of the poor. She became `Mother superior general’ of the Josephite order in the year 1875, which was a considerable achievement for a woman. On 19th January 1995, Mary was canonized by Pope John Paul II.

Sister Mary Mackillop's  life came to an end on August 8, 1909. This was due to rheumatism, stroke, and paralysis and happened at a Josephite convent.