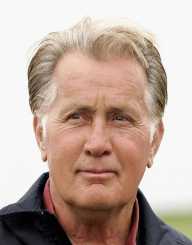 Actor and activist Martin Sheen was born on the 3 August 1940 in Dayton, Ohio. Sheen’s father was from Spain and spent some time working in Cuba before immigrating to America. Sheen Sr married Mary Ann Phelan, from Tipperary, Ireland and they settled in Ohio. Martin was their seventh child.

After graduating from high school, Martin Sheen was keen to pursue a career as an actor and moved to New York City. He did the various job such as working in a store, cleaning and delivering papers. At the same time, he started taking acting lessons. His first paid acting job was in The Connection. He then landed roles in Naked City (1958-1953) Route 66 (1960-1964), and Outer Limits (1963-1965) and Never Life Over a Pretzel Factory (1964).

The next step in his career was getting a job on the soap opera, As The World Turns. He played Jack Davis between 1965 and 1970. This work ensured a steady income.

Sheen’s first feature film was The Incident (1967) where he played the role of Artie Connors, a disturbed man. The film centered around a New York subway train.

In 1972, Martin Sheen played opposite Hal Holbrook in That Certain Summer (1972). The television movie was one of the first film to deal dealing unabashedly with homosexuality. It was met with critical acclaim and won multiple Emmy award nominations. The film also won a Golden Globe for Best Movie Made for TV. In 1998, the film won the Producers Guild of America Hall of Fame Award.

The breakthrough role for Martin Sheen came in Badlands (1973) starring opposite Sissy Spacek. In 1999, Sheen was quoted as saying that the Badlands script was one of the best he had ever read. The film is still famous holds a 98% rating on Rotten Tomatoes. Firmly established as a bankable star, Sheen won the role of Captain Willard in Apocalypse Now (1979) which further confirmed his status as a top rated actor. Other films include Gandhi (1982), Gettysburg (1993), The Departed (2006), The Amazing Spider-Man (2012) was directed and written by his son Emilio Estevez. The film won nominations for both a SAG Award and a Golden Globe.

Martin Sheen played the part of President Josiah Bartlet in the television series The West Wing. He won a Golden Globe for Best Performance by an Actor TV Series Drama (2001) as well as six Golden Globe nominations. The political drama series ran on NBC between 22 September 1999 and the 4th May 2006.

The role of Captain Willard in Apocalypse Now (1979) won Sheen the best actor BAFTA award. Martin Sheen also won the best actor at the San Sebastian International Film Festival for his role in Badlands, portraying Kit Carruthers. Sheen has been nominated for eight Emmy Awards, six of them for his role in The West Wing. In 2001, he won a Golden Globe: Best Performance by an Actor TV Series Drama. He was nominated for an Emmy for his role in Two and a Half Men (2003). Martin Sheen was nominated for outstanding guest actor in the series, which starred his son Charlie Sheen. Sheen also played John F Kennedy in Kennedy (1983), a miniseries which won him a Golden Globe nomination. He had earlier played Robert Kenney in The Missiles of October (1974).

Married to Janet Templeton since 1961, the couple has four children and ten grandchildren. The actors Charlie Sheen and Emilio Estevez are his sons.

Martin Sheen had polio as a child.

It was during filming Apocalypse Now in 1979 that Martin Sheen had a heart attack. He had been drinking to excess and also experimenting with drugs. He cut back on both and at the same time started to become more politically aware and active.

As well as his prolific acting career, Martin Sheen has also been an outspoken political activist. As a pacifist who advocates non-violence, Sheen has spoken out on various issues and also supported a range of social justice initiatives and charitable causes. One area he has been particularly active in is homelessness. Martin Sheen has also supported the Sea Shepherd Conservation Society. Sea Shepherd is dedicated to saving marine wildlife and has been particularly active against Japanese whaling in Antarctica and surrounding waters. Options Recover is another project Sheen has been involved in. This project aims to help identify and break the cycle linking the crime to homelessness.