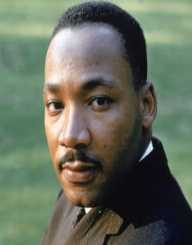 Martin Luther King Jr was born on January 15, 1929. His role in the society was hugely remembered for his contribution as an American civil rights movement. Martin made the famous “I Have a Dream” speech, which won the Nobel Peace Prize Lecture. He shunned violence and had ideologies surrounded on Christian doctrines which he blended with Mahatma Gandhi’s non-violent movement for the operational techniques during his junior leadership in the African-American Civil Rights Movement. Martin died on April 4, 1968.

Michael Luther King, Jr., was born on January 15, 1929, in Atlanta, Georgia. He later changed his name to Martin Luther King, Jr after his father took him to Berlin, Germany in 1934 in attendance following the Fifth Baptist World Alliance Congress. The name was changed in commemoration of German reformer Martin Luther.  His father, Reverend Martin Luther King, Sr. had married his mother, Alberta Williams who was an organist and choir leader. King and he had an older sister, Willie Christine King, and a younger brother, Alfred Daniel Williams King.

King followed his mother's passion as a singer and used to participate in singing with his church choir like in 1939  when they sang on the premiere of the movie, i.e., Gone with the Wind in Atlanta. King joined the junior choir at a later date.

As a child, his father used to regularly hit him until he had turned fifteen, as it was a sign of shaping him up. While growing up, King’s father was against segregation and used to protest. Martin Luther King Jr used to have a white friend when still young but they went to separate schools due to discrimination and the white boy’s father later was against their friendship. While living in the segregated south, King became more depressed because of the resentment he felt towards the whites who racially humiliated blacks. His maternal grandmother died when he was around the age of twelve and King jumped from a two-storey building blaming him, but by good luck, he survived.

Martin Luther King Jr attended Booker T. Washington High School while growing up in Atlanta where his popularity in public speaking gained fame and was also associated in the school’s debate. The Negro Elks Club had sponsored some competition in Dublin, Georgia, which King won. King was industrious, and he ultimately skipped both the ninth and the twelfth grades of high school. While in his junior year, Morehouse College, which was a respectable black college, gave a chance of enrolling any person who passed the entrance exams and King passed at the age of 15 years. This college was the alma mater of both his father and maternal grandfather.

In 1948, Martin Luther King Jr graduated from the college with a B.A. in sociology. King later went to Chester, Pennsylvania where he graduated in 1951 with Bachelor of Divinity Degree from Crozer Theological Seminary where he was also an elected as president of the student body. King later pursued doctoral studies, in systematic theology at Boston University and in 1955, he received his Ph.D.

In 1947, Martin Luther King Jr was a young adult at the age of 18 where he chose to enter the ministry. In the year 1954, King became a member of the executive committee of the National Association for the Advancement of Colored People, and in the same year, he became a pastor in the Montgomery Dexter Avenue Baptist Church. IN 1957, King was elected the president of Southern Christian Leadership Conference (SCLC), which he held until his death.

In 1963, King was a leader of a coalition, which had numerous civil rights groups, which consisted of nonviolent campaigns that were aimed at Birmingham, Alabama. At that time, Birmingham was referred to as the most segregated city in America. In the same year of 1963, he was behind the March for Jobs and Freedom.

In 1963, Martin Luther King Jr was one of the driving forces behind the March for Jobs and Freedom, more commonly known as the “March on Washington in which the attendance was quarter-million people. It was where the ‘I Have a Dream’ speech was delivered. In 1964, King’s March on Washington may have contributed to the passing of Civil Rights Act, which was a landmark law passed by Congress that illegalized segregation in the United States.

In 1964, Dr. King was awarded the Nobel Peace Prize for his non-violent campaign against racism. In 1977, he was also awarded the Presidential Medal of Freedom, and in 2004, he received the Congressional Gold Medal.

In 1953, Martin Luther King Jr married Coretta Scott and had four children: Yolanda King, Martin Luther King III, Dexter Scott King, and Bernice King. His wife was more of a homemaker although she was a refined singer and she took over his leadership after his assassination. In 1968, Dr. King went to Memphis, Tennessee and was shot after his last rally and he died while 39 years only. The National Civil Rights Museum was built around the former Lorraine Motel in commemoration of Dr. King. In the United States, there have been many streets named after him. A federal holiday was made in 1986 that was to be observed on January 15. In 2011, The Martin Luther King Jr. Memorial was now opened at the National Mall in Washington, D.C. He died on April 4, 1968.