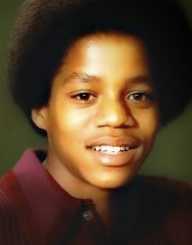 Marlon Jackson is an American singer and dancer and businessperson born on March 12th, 1957. He is commonly referred to as "Jokester" for his hilarious jokes. On the other hand, his dancing performances have earned him the name "the Dancingest Jackson.” The American singer was once with The Jackson 5. The other four members of the group were: Jackie Jackson, Jermaine Jackson, Michael Jackson and Tito Jackson.

Together, The Jackson 5 released hit songs such as "ABC,"  "I Want You Back,” and “I'll Be There.” However, Michael later left the group to pursue his projects before he passed on. After his death, the other four who had disbanded came together and released the series The Jacksons: A Family Dynasty. In 1987, Jackson released Baby Tonight which was to be his only solo album.

Marlon Jackson was born on March 12th, 1957. His place of birth was in Gary, Indiana in the United States. He was the sixth child of Katherine Jackson and Joseph. Jackson had a twin brother named Brandon who passed on within 24 hours after they were born.  They were both born prematurely.  Jackson schooled in Cal-prep school situated in Encino, CA. Later in 1975, he was through with his studies and graduated from the school.

Towards the end of the 1960s, Marlon Jackson and Michael his younger brother became part of The Jackson 5. In 1968, the group signed with Berry Gordy‘s Motown record label. Their first hit song “I Want You Back” premiered in 1978. Subsequently, they released other hits such as "I'll Be There" and “ABC.”

At the time when Marlon Jackson was 18 years old, The Jackson 5 was facing difficulties. The group decided to shift to Epic Records hence left Motown. Jermaine was not part of these changes and was replaced by Randy Jackson.

In 1980, they released another album titled Triumph. This new album was quite successful having sold over a million copies. In 1984, Jermaine reunited with Marlon and the other brothers and released Victory.

Besides working with The Jacksons, Marlon has served as a producer for singer Betty Wright and Janet, his sister. In 1987, he also released his solo album Baby Tonight. One of the hit songs on the album was "Don't Go."

August 1975, Marlon Jackson exchanged wedding vows with Carol Ann Parker. He was only 18 years old at the time. The couple is blessed with three children:  Valencia, Brittany Shauntee, and Marlon Jackson Jr.