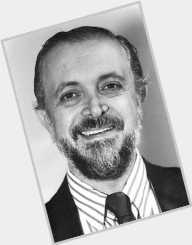 Mario Molina was born on March 19, 1943, in Mexico. His parents are Leonor Henriquez de Molina and Roberto Molina-Pasquel.

As a child and teenager, Mario Molina spent most of his schooling in Mexico City. However, as a preteen, he was sent to study in a boarding school in Switzerland, in hopes that he could develop his science skills and learn German.

As a young adult, Mario Molina attended the National Autonomous University of Mexico in 1965. After finishing his studies there, in 1968, he moved to the United States to continue his education at the University of California, Berkeley. While at this university, Mario Molina worked in a research lab with George Pimentel.  He also earned a degree in physical chemistry. He graduated from this school in 1972.

In 1973, he continued his education at the University of California, Irvine. One of his majors focuses on research while at this university was that of atmospheric chemistry and chlorofluorocarbons (CFCs). Mario Molina worked with another researcher there named Sherry Rowland. Together, the developed the CFC-Ozone Depletion Theory. This theory states that CFCs and other man-made chemicals were a part of the reason why the Earth’s ozone layer was depleting. After coming up with this theory, the two tried to figure out a way to destroy the CFCs in the atmosphere before they could destroy the ozone layer. The two later wrote research papers on this subjects and published them so that other scientists would be able to have information on the topic.

In 1975, Mario Molina became working at the University of California, Irvine. He continued to work with Rowland in his research, but he also researched on his own. Some of his most important independent research was on the topic of the qualities of atmospheric compounds and chemicals. Eventually, as Molina progressed in the school (eventually becoming an Associate Professor), he had less and less time to focus on research. Because of this, he left the school to pursue a more research/experimental career field.

After leaving the University of California, Irvine, he left to begin work at the Jet Propulsion Laboratory, beginning in 1982. Mario Molina worked here for most of the 1980’s. While there, he was able to resume his research and experimentation. While there, he began to notice that the ozone layer was depleting further around Antarctica.

Mario Molina and his research team studied the specific atmospheric chemicals that were known to be in that area. The team soon discovered that the unique ozone depletion was in part because of the way the chemicals reacted to the vast amount of ice in the area. This was a fact that had been until then, unknown. This is now known as one of Molina’s biggest contributions to the scientific community.

In 1989, Mario Molina earned a job working at the Massachusetts Institute of Technology. He stayed here until 2004. While Molina could not research as much as he would have liked to, he began to enjoy teaching more than he had while in California.

In the fall of 2004, Mario Molina began teaching at the University of California, San Diego. As of 2018, he continues to work there. Mario Molina currently still studies the effect of climate change on the ozone layer and how man-made chemicals and other factors (pollution, factories, etc.) affect the Earth’s atmosphere.

All of Molina’s awards and accomplishments are due to his achievements in chemistry and his studies of the ozone layer and the Earth’s atmosphere. Some of his most impressive awards are listed below.

Mario Molina has honorary degrees from over a dozen universities and colleges, including Yale, Harvard, National University of Mexico, Trinity College, University of British Columbia, and the Complutense of Madrid.