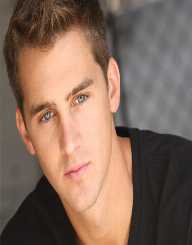 Six seconds of funny comedy won him the hearts of millions of people – especially teenagers. Marcus Johns rose to fame on the social media platform Vine. Today, combined with his YouTube videos, he has millions of followers who want more and more of his uncensored, carefree comedy. What started as a hobby has now turned him into an international celebrity and a millionaire. He has carved himself a unique niche in the social media platforms. He is immensely popular for his humorous videos.

Marcus Johns was born on 11 April 1993 in Miami Florida, USA. His full name is Marcus David Johns. He has two siblings namely Cody and Shelby. At the age of 11, he played the character of WillCastle in The Punisher.

Marcus Johns began acting in 2004. His first role was in a crime thriller The Punisher. In 2012, he acted in the movie Rock of Ages. In 2014, he acted alongside Cameron Dallas in Expelled. Expelled and Rock of Ages belong to the comedy genre.

Marcus Johns was also cast in the TV series Cold. He played the character, Adam. Marcus and his brother Cody star in the series HeyUSA_X. They will travel across the country in search of extreme stunts and endeavors. The fans will decide the challenges.

Marcus Johns was introduced to Vine by his brother Cody. Ten days into this new venture, Marcus had about a thousand followers. The number of followers has only skyrocketed and is now in millions. The masses appreciated his humorous content. He is known for his positive spirit and sweet disposition. His brother Cody is also famous on Vine. Marcus and his brother sometimes make Vine videos together.

Marcus Johns' engaging personality and sense of humor made him popular on Vine and other social media platforms like Instagram and Twitter. He is also famous for his YouTube channel which has millions of views.

Marcus Johns has become a social media star since his first Vine video.  The number of followers Marcus Johns has on Vine has crossed 6 million. He was one of the finalists for the Short Award for Vineographer. Likewise, his YouTube channel has over 5 million views and 260,000 subscribers.
In 2014, he was hired by Fandango as a social media correspondent to cover the Oscars red carpet. He also made some Vine videos featuring some of the stars there.

Marcus Johns married his long-term girlfriend, Kristin Lauria in 2017. His wife is also a famous YouTuber. Her channel is based on lifestyle and beauty. She was also on Vine.

Marcus Johns is a devout Christian who is seen on his social media pages as he is open about his faith.