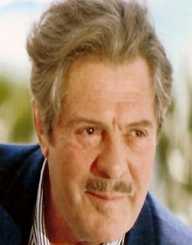 Marcello Mastroianni, an iconic Italian actor, was born on September 28, 1924, in Fontana Liri, Lazio, Italy to Ottone and Ida Mastroianni. His father was the owner of a carpentry shop.

He was brought up in Turin and Rome. He was confined to a German Prison Camp during the World War II. He successfully escaped the prison and went on to hide in Venice. After the World War II, he started studying at the ‘University of Rome’ and participated in amateur theatricals aided by the University, thus making his acting debut.

Marcello started working for ‘Lion Films’ in its Italian Section in 1945 in Rome and also involved himself with a drama club there. For the next six years, he had to be satisfied with acting in different insignificant, inconsequential roles in some films. His first big break came in 1951 when he was successful in securing a leading role in the Italian drama film ‘The Accusation’ directed by Giacomo Gentilomo.

But his real game-changing breakthrough came when Marcello Mastroianni appeared opposite Anita Ekberg in the 1960 film ‘La Dolce Vita.’ The film was written and directed by the most prominent face of Italian Cinema, celebrity director Federico Fellini. Marcello was awarded the ‘Nastro d'Argento for Best Actor’ for his performance in ‘La Dolce Vita.’

Over the next few years, Marcello continued to excel as an actor having won the ‘BAFTA Award’, ‘The Golden Globe Award’ and again the ‘Nastro d'Argento for Best Actor’ for his depiction of an impoverished Sicilian nobleman Ferdinando Cefalù in the 1962 Italian comedy film ‘Divorce Italian Style’ directed by Pietro Germi. Out of his three nominations for the ‘Academy Award for Best Actor,’ one was for his performance in this film. The other two were obtained for the 1977 film ‘A Special Day’ and the 1987 film ‘Dark Eyes.’

He again bagged the ‘BAFTA Award for Best Actor’ for his leading role in 1963 Italian comedy anthology film ‘Yesterday, Today, and Tomorrow,’ directed by Vittorio de Sica. The film also won an ‘Academy Award for Best Foreign Language Film.’ Legendary Actress Sophia Loren appeared opposite Mastroianni in this film. The vivacious Sophia Loren and suave Marcello Mastroianni shared sizzling chemistry on camera, and a proof of that can be found in their next several films together like ‘Marriage Italian-Style’ (1964) and ‘A Special Day’ (1977).

In a French film titled ‘Three Lives and Only One Death,’ directed by Raul Ruiz, he appeared alongside his daughter Chiara Mastroianni. The film was released on October 11, 1996. At the ‘Ft. Lauderdale International Film Festival’, he was awarded the ‘Silver Wave Award’ for his performance in this film.

‘Voyage to the Beginning of the World’ directed by Manoel de Oliveira was his final film. The Portuguese-French fiction was released after his death on May 5, 1997.

Marcello Mastroianni married Italian Film, Stage and Television actress Flora Carabella on August 12, 1950. They got separated after the birth of their daughter Barbara in 1952 primarily due to his extramarital affairs.

After their separation, Mastroianni got romantically involved with American Actress Faye Dunaway, her co-star in the 1968 film ‘A Place for Lovers.’ Dunaway wanted to marry and raise a family with Mastroianni but being a devout Catholic, Mastroianni was not ready to give divorce to his first wife. So, after a three-year-long futile wait, Dunaway left him in 1971.

He had a relationship with French actress Catherine Deneuve which lasted for four years, and her daughter Chiara Mastroianni was born out of this relationship on May 28, 1972. He also acted opposite Deneuve in a few films namely ‘It Only Happens to Others’ (1971), ‘La Cagna’ (1972), ‘A Slightly Pregnant Man’ (1973) and ‘Don't Touch the White Woman!’ (1974).

Mastroianni had a brother named Ruggero Mastroianni. His brother went on to become a famous Italian film editor who edited a couple of Marcello’s films like ‘White Nights’ (1957), ‘Don’t Touch the White Woman’ (1974) and ‘Ginger and Fred’ (1986). He was also seen with Marcello in a comedy film titled ‘Scipio the African.’

Marcello Mastroianni died after suffering from pancreatic cancer on December 19, 1996. He was interred in the ‘Cimitero Monumentale Del Verano' in Rome, Italy. As a tribute and mark of respect to Mastroianni, Rome’s Trevi Fountain was turned off and covered in black.

As a mark of respect for Marcello, the ‘Marcello Mastroianni Award’ has been launched in 1998 and is given out to best debutants during the ‘Venice International Film Festival.’