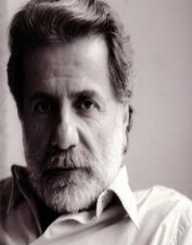 Marcel Khalife was born on June 10, 1950, in Amsheet, Beirut, Lebanon. Since early life, Khalife was interested in music and began lessons with a military man in his village, Hanna Karam. Karam suggested to Khalife’s parent’s that the young boy should continue learning music.

When Khalife was 16 years old, his mother died of cancer. He went to study the oud at the National Academy of Music in Beirut.

In 1970, Khalife began teaching at the conservatory in Beirut, as well as in other local institutions. During this time, he also traveled the Middle East, North Africa, Europe and the United States giving solo performances in the oud. In 1972, he created a musical group with the intention to revive the musical heritage and Arabic choral singing. His group first performed in 1975, during the Lebanese civil war. A small collection of his protest songs and political ballads named the Promises of the Storm was released in 1983.

Khalife’s music is a combination of traditional Arabic music and Western elements. For his work, he mostly used modern Arab poetry and muwashahat music. In 1976, Khalife established the Al Mayadeen Ensemble. The band was known around Arab countries, as well as in Europe, United States, Canada, South America, Australia, and Japan. His best-known songs from the time are Umi (My other), Rita w’al-Bundagiya (Rita and the Rifle), Jawaz al-Safar (Passport), amongst many others. He and his band performed in several prestigious halls, like the Kennedy Center in Washington D.C., New England Conservatory in Boston, and Symphony Space in New York. He has also performed In London, Beirut, and Cairo.

In 1996, 1999 and 2003, Khalife faced criminal charges for his song I am Joseph, O Father. The song was seen as insulting towards religious matters. The song was originally recorded for his 1995 album The Arabic Coffee Pot. In 1999, he was facing a sentence of six months in prison for insulting religion and blasphemy. Khalife was supported by many intellectuals, human rights organizations and the people of the country. In the end, Khalife was found innocent.

In 2005, Khalife announced that his music was banned in Tunisia. He had previously angered the authorities by singing a song dedicated to Arabs imprisoned in Israel and Arab Countries. He also publicly expressed his support to many political activists. In 2009, he was allowed back to Tunisia for the 45th International Festival of Carthage.
Later years

In 2001, Khalife debuted the collaboration Marcel, Rami &BacharKhalife at the Beirut Music & Art Festival. The band played a fusion of oriental, electronic, classic and percussion music. The father-son trio garnered critical acclaim. The two-hour long concert was released on MTV.

Khalife is married to YollaKhalife, who is also a singer and a songwriter. The couple lives in Amchit, Lebanon. Khalife’s eldest son Rami graduated from the Juilliard School as a pianist. He is also a composer and has hailed to be one of the most exciting composers of the generation. Khalife’s youngest son Bachar is also a composer, and a pianist, singer, poet and percussionist.