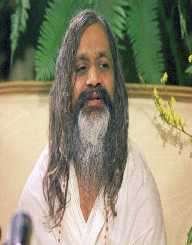 Maharishi Mahesh Yogi was a great religious leader born in early 1918. He was also commonly referred to as Maharishi which means great seer. Later as an adult, he came to be called Yogi. He is best remembered as the founder of the Transcendental Meditation Technique.  He is also remembered as a great advocate for peace and harmony among people. He translated Bhagavad-Gita’s beginning six chapters. It was then published in 1963.

Maharishi Mahesh Yogi not only taught Transcendental Meditation Technique in India but also in other countries in the world.  He toured the U.S, UK, and Italy among other countries. He also established TM-Sidhi program which also became quite popular globally. The program is particularly believed to reduce ailments related to stress.

Maharishi Mahesh Yogi was born on January, 12th, 1917. His place of birth was in Jabalpur city in India. His family was of Kshatriya-caste Hindus.

Mahesh Yogi attended Allahabad University where he specialized in physics. He attained his degree by 1940. He led a spiritual life during this time at the university. He was among the disciples of Swami Brahmanada Saraswati. He even named him “Bal Brahmachari Mahesh.” In 1953, Swami Brahmanada Saraswati passed on. Maharishi then moved to Uttarkashi located in the Himalayas where he furthered his meditation life.

In 1955, Mahesh Yogi decided to share his spiritual life to others as well. He wanted the world to learn how to meditate especially the traditional meditation (Transcendental Meditation). Later in 1957, he established the Spiritual Regeneration Movement. This movement was quite a success hence greatly motivated him. In the same year, he established Madras (Chennai) which became his first organization.

In 1958, Mahesh Yogi was all set for a spiritual journey around the world. He wanted the world to experience his teachings on the Transcendental Meditation technique. In 1959, he established his Spiritual Regeneration Movement in the U.S. to his delight; it attracted many citizens of the states, and even celebrities were not left behind. To mention a few, Comedian Andy Kaufman and singer-songwriter Donovan were among these prominent people.

After he was satisfied with his work in the states, he set off for Europe. After spreading his teachings in the UK, he returned to India. Upon his return to his country, Mahesh Yogi continued his teachings on the Transcendental Meditation technique.

In 1961, he organized training at Rishikesh called international Teacher Training Course. Meditators from different countries around the world were in attendance. In 1971, he founded an international university that came to be called Maharishi University of Management. The university has since been relocated to its current location in Fairfield, Lowa in the U.S.

From 1972 he continued his spiritual world tour, this time in Fiuggi, Italy. His lectures while there were recorded and stored.

The great religious leader died on February 5th, 2008 at the age of 90. His death occurred in Vlodrop situated in the Netherlands. Maharishi Mahesh Yogi still has more than 5 million followers globally.