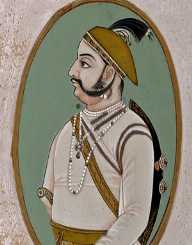 Maharana Pratap was born on May 9, 1540. He was a Hindu maharaja of the Rajput confederacy of Mewar which is currently known as the state of Rajasthan. He is known for resisting the efforts of the Mughal emperor, Akbar, to conquer his area. He is honoured today as the hero in Rajasthan.  He is respected for his persistent nature in defending his land and his people until he died. He refused an alliance with Akbar even after six diplomatic missions which were organized by Akbar. He died a hero to his people and his birth anniversary is celebrated as a festival every year on the 3rd day of the Jyestha Shukla phase. He died on January 29, 1597, at the age of fifty six.

Maharana Pratap was born on May 9, 1540, in Kumbhalgarh Fort, Rajasthan. He was born as the eldest son of Udai Singh II and Maharani Jaiwanta Bai. His father was the ruler of the kingdom of Mewar. His capital was at Chittor. He was born as the Crown Prince because he was the first son. In 1567, the capital, Chittor was surrounded by the Mughal forces of the emperor Akbar and Maharana Udai Singh left the capital and moved with his family to Gogunda. He wanted to stay back and fight but the elders of the family refused, and he was convinced that leaving Chittor was the best solution. His father set up a temporary government of the kingdom of Mewar in Gogunda.


Accession To Power And Reign

In 1572, Udai Singh died, and Prince Maharana Pratap ascended the throne as king and ruler because he was the crown prince. He ascended the throne as Maharana Pratap, the 54th ruler of Mewar in the line of the Sisodiya Rajputs. Before his father died he had nominated his younger brother Jagmal Singh to become the Crown Prince, but he was weak, a drunkard and inefficient. The elders and seniors in the royal court preferred Pratap to become their king. Jagmal was mad, and so he swore that he would revenge and so he left for Ajmer to join the armies of Akbar. Jagmal obtained a jagir (the town of Jahazpur) in return for his assistance. The Mughals took control of Chittor after the Rajputs left.

The Mughal army had eighty thousand men while Rajput’s army had only twenty thousand men who were commanded by Gwalior’s Ram Shah Tanwar and his sons, Rawat Chundawat, Maan Jhala and Rathore Chandrasenji.  The battle of Haldighati was so intense that led to the whole of Mewar except some of the Aravallis to fall into the hands of Mughal. The Mughal’s however never captured Maharana Pratap who did not give up on his efforts to reclaim the kingdom. In July 1576, he recaptured Gogunda from the Mughals.

Maharana Pratap went ahead to make Kumbhalgarh his temporary capital. Akbar once again led a campaign against him and occupied Gogunda, Udaipur, and Kumbhalgarh. The Maharana was forced to retreat into the mountainous tracts of Southern Mewar. Maharana Pratap, however, did not give up on reclaiming his kingdom and so within few years, he had recovered many of his lost territories. The territories included Kumbhalgarh and some areas around Chittor. He, later on, gained back Gogunda, Ranthambore, Udaipur, and Kumbhalgarh.

Maharana Pratap had eleven wives with his first wife, Maharaji Ajabde Punwar as his favourite. He had twenty two children, seventeen sons, and five daughters. He died on January 29, 1597, of injuries from a hunting incident. He died at the age of fifty seven. He was succeeded by his son Amar Singh, and in 1614 his son submitted to Emperor Jahangir, son of Akbar.  He is recognised as a hero for fighting for his land and his people.