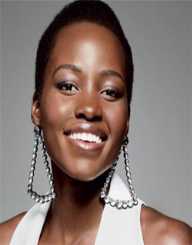 Lupita Nyong'o was born on March 1st, in 1983. She is famous for being a Kenyan-Mexican actress. Nyong'o earned profound fame after featuring in the 2013 hit film called 12 Years a Slave.

Lupita Amondi Nyong'o was born on March 1st, in 1983. Her place of birth was in Mexico City, Mexico. She is the daughter of a notable politician in Kenya called Peter Anyang' Nyong'o. Her mother is called Dorothy OgadaBuyu. Political unrest in Kenya which occurred in 1980 gave her parents a reason to leave Kenya. During the same year, Nyong'o’s brother named Charles Nyong'o disappeared after he was thrown out of a ferry. Lupita is the second born child in a family of six children.

After being raised in Kenya during her childhood years, Lupita Nyong'o was sent by her parents to Mexico so that she could take Spanish classes. During this period, she enrolled with The National Autonomous University of Mexico for about seven months. She also schooled at Rusinga International School where she was an active member in the school’s plays. Later on, she traveled to the United States where she enrolled at Hampshire College. Here, she pursued a degree in theater studies.

After graduating from college, Lupita Nyong'o went ahead and featured in The Constant Gardener -2005. This opened her eyes to the realization that she could indeed take her acting career to a professional level. She argues that Ralph Fiennes, one of the stars in The Constant Gardener, motivated her in taking her acting career to another level. Other films that she featured in around this period include The Namesake – 2006, Where God Left His Shoes – 2007 and East River – 2008.

After featuring in East River, Nyong'o went to Kenya where she landed herself a TV role in Shuga- 2009. She starred in the show for two seasons and ended her role in 2012.

Sooner or later, Lupita Nyong'o decided to pursue her master’s degree in acting. She enrolled with the Yale School of Drama situated in New Haven, Connecticut. Here, she continued honing her acting skills making significant appearances in on stage products at the institution.

After earning her master’s degree in Yale School of Drama, Nyong'o landed on a role that would transform her acting career. She landed on the role of Patsey in the hit film 12 Years a Slave directed by Steve McQueen. Owing to her exceptional performance in the film, she was credited with some awards. She was a nominee for awards such as the BAFTA Award, Golden Globe Award, and Screen Actors Guild Award. Nyong'o bagged home an Academy Award for her role. This award meant that she was the sixth black colored woman to have bagged home the award. Similarly, she became the first ever African woman to take home the award. Moreover, she was the only Kenyan that won an Oscar Award.

Lupita Nyong'o lives in Brooklyn, New York. In 2017, her father, Peter Anyang' Nyong'o was elected as the governor of Kisumu County.