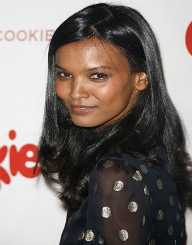 Liya Kebede was discovered in her native country of Ethiopia for a modeling career. She has used her beauty and fame to help women and children.

While attending school, a film director saw Liya Kebede and recommended her to a French modeling agency. After graduation, she moved to Paris to start her modeling career.

Liya Kebede took to modeling easily and became successful quickly. Soon she was modeling for fashion icons such as Ralph Lauren and BCBG Max Azria.  Once she earned a contract with Tom Ford and the Gucci 2000 Fall/Winter show, her career was in full swing.

Liya Kebede later moved to New York City where she continued modeling. The May 2002 edition of Vogue dedicated the entire issue to her. She signed on with Estée Lauder in 2003, making her the first black model that the company ever hired.

Though she was primarily a model, Liya Kebede pursued an acting career. She had some roles in English and French-speaking films. Her role in Desert Flower in 2009 was her first film in a lead role.

Currently, Liya Kebede is focusing her attention on her philanthropic work, especially in Ethiopia. She is an outspoken advocate for the health of women and children.

In 2000, Liya Kebede married Kassy Kebede. Together they have two children.

Liya Kebede organization trains health workers who assist in childbirth and improves health services, especially in Africa. Kebede also has a clothing brand, lemlem. African artisans produce all of the hand-crafted clothing. Kebede is working with Champions for an HIV Free Generation in the prevention and treatment of HIV in Africa.