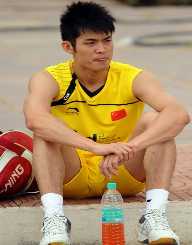 In the world of badminton, Lin Dan is one of the well-known. At the age of 35, he has already accomplished so much. Here is his story. Lin Dan was born on October 14, 1981, in Longyan Fujian, China.

His parents had wanted him to learn the piano. For a time he did try. He started taking lessons, but then after only taking a few, he dropped out of them. He just didn’t have the interest in it that his parents wanted. After dropping out, he began to follow his passion for badminton. He started his training when he was only five years old.

At the age of 12 years old the people’s libertarian army, sports team took Lin Dan under their wings. This was done when he won the national junior championship. When he turned 18, he started playing for China's national badminton team.

Lin Dan participated in the 2000 Asian Junior Championships and won both the team and the boy’s singles event. He was also a part of the winning team in the 2000 world junior championships.

He played as a member of China’s 2002 Thomas cup squad. He helped to defeat Sweden, Denmark, and Korea to reach the semifinals. But he was unable to play the actual semifinal game. Due to this his team ultimately lost. Lin Dan won the German and Hong Kong open titles, the Japan Open, China Masters, and the world cup tournament in 2005.

Lin became the first player to win all of the present major titles available to Asians in badminton both in the individual and national teams in 2010. After that, he began experiencing problems due to a waist injury. Even with these problems, he continued to play well. He was even named MVP during the 2010 games in Guangzhou, China.

He became the first Chinese badminton player to accept a master’s degree at Huaqiao University on October 17, 2012.  Then after the 2012 Olympics, he had his autobiography titled: Until the end of the world was published.

In 2013, Lin Dan was only able to make one appearance at the Badminton Asia Championships. But due to his health issues he had to withdraw after reaching the third round. He was unable to play all of the games.

Lin Dan had been dating Xie Xingfang who also was a world champion badminton player. Asking her to marry him she at first said no. She had a problem with their relationship being in the public eye. She wanted to keep her relationship private. But eventually she said yes to his proposal and on December 13, 2010, they were engaged officially. They were then married on September 23, 2012. The ceremony was held at the Beijing University of Technology.

On November 5, 2016, his wife gave birth to their first child. On the 17th of that same month, he admitted that he had an affair while his wife was pregnant. The woman was purportedly identified as actress and model Zhao Yaqi.

Lin Dan is reported to be ranked 2nd in the top 10 richest badminton players of all time at 32.5 million in career earnings. At one time he was given the nickname of Super Dan by opponent Peter Gade. Lin has five tattoos that honor his family, his badminton success and his favorite anime. His tattoos have been a source of controversy over the years.