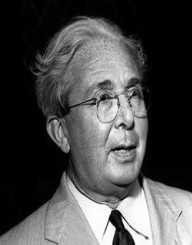 Leo Spitz was born on February 11, 1898, in Budapest, Austria-Hungary (The county is now called Hungary). His parents were Thekla Vidor and Louis Spitz. His parents later changed his last name to Szilard at the turn of the century when he was two years old. He also had two younger siblings.

As a teenager, Leo Szilard attended the Realiskola School. He graduated from the school when he was 18, in 1916. Later that same year, he enrolled in the Palatine Joseph Technical University studying engineering. However, he only attended the school for a year before having to serve in World War I.

After the war, Szilard tried to return to the same school (which had since been renamed the Budapest University of Technology). However, the school now rejected him because he was Jewish, even though he had been Jewish for all of his life. He did not give up on school, though. He instead enrolled in the Institute of Technology in Berlin-Charlottenburg in the same year. Here, he continued to study engineering. He did not like the school and later transferred to the Friedrich Wilhelm University, where he later finished school at. He finally earned his doctorate in physics in 1922.

After graduating from school, Leo Szilard went on to work as an assistant professor at the Institute of Theoretical Physics. He was promoted several years later and became a lecturer. While at the school, he worked on independent research, mostly in the field of physics.

In the early 1930’s, the Nazis were growing in power and being Jewish, Szilard did not feel safe living in Germany (where he worked). He then moved to Vienna, where he started teaching at St. Bartholomew’s Hospital. He only worked here for a couple of years before moving again to the United States (1937), where he started to work at Columbia University.

In the late 1930’s, World War II was raging between many countries in Europe. However, the United States was not yet formally involved in the battle. Tensions were growing high, and the country knew there was only a short amount of time left before they would need to get involved. Having studied physics for much of his life, Leo Szilard knew the danger that atomic weapons made.

He wrote to Einstein, telling him that if Germany were to make atomic weapons, then they would surely win the war. Einstein agreed. A short time later, the United States started the Manhattan Project. This project lasted for several years as hundreds of scientists from around the world worked together to create the atom bombs (which would later be used to devastate Japan).

Still during World War II, in 1942, Leo Szilard started doing a series of experiments at the University of Chicago. This research was mostly on nuclear reactions. Much of this research, as well as other research, was done in years previous and in the next couple of years to come, were all added in to help with the Manhattan Project.

After the war, in 1946, Szilard began working at the University of Chicago. Here, he taught biophysics. While not teaching he continued his research in physics. One of the things he discovered during his research was the chemostat.

In 1959, Leo Szilard wrote his first book, The Voice of Dolphins and Other Stories. These books were fiction, warning about how science can be evil if used wrong. Before writing this book, he wrote several papers.

Leo Szilard: His Version of the Facts

Toward a Livable World: Leo Szilard and the Crusade for Nuclear Arms Control

After graduating from [the equivalent of] high school, Leo Szilard won the Eotvos Prize in 1916. This award was given to youth who showed exceptional talent in mathematics.

In 1959, he won the Atoms for Peace Award. This was for his work with atomic energy and nuclear weapons.

In 1960, he won the Albert Einstein Award for his work in advancing the knowledge of physics.

Leo Szilard married Gertrud Weiss in 1951. This couple had no children. They were married until Szilard’s death.

During the last few years of his life, Leo Szilard was diagnosed with bladder cancer. He received treatment for it, but it still negatively impacted his health, even though it did not directly cause his death. Leo Szilard died on May 30, 1964, in La Jolla, California, USA. The cause of his death was a heart attack on the same day of his death. He was 66 years old when he passed away.