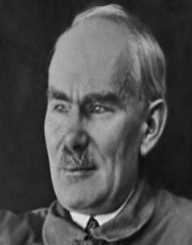 The Father of the Plastics Industry: Leo Baekeland

Leo Henricus Arthur Baekeland was born on November 14, 1863, in Sint-Martens-Latem, Belgium. His father Charles Baekeland was a cobbler and mother Rosalie Baekeland was a housemaid. He attended elementary school from the age of five and joined government high school ‘Atheneum’ afterwards. Much of his initial years were spent in Ghent, Belgium. He studied at the Ghent Municipal Technical School with subjects like chemistry, economics, physics and mechanics and graduated with honors from there.

In 1887, Leo Baekeland was appointed as Professor of Physics and Chemistry at the Government Higher Normal School in Bruges. In the same years, Baekeland invented a procedure of developing photographic plates by using water instead of chemicals. He patented the invention in Belgium. Two years later, in 1889, he was appointed as Associate Professor of Chemistry at the University of Ghent. Following his appointment, he received a travel scholarship to visit Universities of England and America. Accordingly, he visited many renowned universities of England and the United States.

During his visit of the New York City, Leo Baekeland got acquainted with Professor Charles F. Chandler of Columbia University and Richard Anthony, of the E. and H.T. Anthony photographic company. Professor Chandler convinced Baekeland to settle in America while Richard Anthony offered him a job in his company. Baekeland worked for the photographic company for two years. In 1891, he started to work independently as a consulting chemist.

Leo Baekeland started researching on his pet subject of photographic materials and after two years of intense research and exhaustive struggle, he became successful in developing a photographic paper ‘Velox’ which was commercially viable. The process of gelatin silver chloride coating on photographic paper exposed by the use of artificial light was the basis of the invention.

Due to the fact that the United States was reeling from a recession at that period of time, Leo Baekeland was unable to find any buyer or investor for commercially producing his latest product. As a result, Baekeland co-founded Nepera Chemical Company in Nepera Park, Yonkers, New York with Leonard Jacobi as his partner. The company became a commercial success.

In 1899, Leo Baekeland along with his partners decided to sell the company. They eventually sold the company to George Eastman of the Eastman Kodak Co. for a fortune of $750000. Baekeland received $250000 as his share from the proceedings. He purchased a house in Yonkers, New York from the money and set up a well-equipped laboratory inside the house. A clause in the sale deed executed with the Eastman Kodak Co. restricted Baekeland from doing any kind of research in photography for at least the next 20 years. Hence, he was required to diversify in other fields. In order to find a new area of research, he went to Germany and pursued a refresher course in electrochemistry at the Technical Institute at Charlottenburg.

After his return to the United States, Leo Baekeland was briefly involved in developing a production-quality electrolytic cell successfully as a hired independent consultant. The development was instrumental in the establishment of the Hooker Chemical Company and construction of one of the largest electrochemical plants in Niagara Falls.

Diversifying in the field of natural resins, Leo Baekeland's research further concentrated on finding a synthetic alternative of Shellac, a natural resin produced from the excreta of female lac beetles. Working on combining phenol and formaldehyde under a formidable control of temperature and pressure, he finally succeeded in inventing a new product, a hard moldable plastic Bakelite. He filed the process patent for producing Bakelite in July 1907 and the patent was sanctioned on December 1909.

Leo Baekeland made his official announcement regarding the successful development of Bakelite in February 1909 at a meeting of New York Branch of the American Chemical Society. The age of plastics began with the invention of Bakelite. It was the first such plastic which was able to retain its original shape after being heated. It was an excellent electric insulator and heat resistant. The use of Bakelite spread extensively to most branches of the industry including radio, telephone, and electric insulator industries. Baekeland established the General Bakelite Company in 1910.

Columbia University appointed him as a Professor by special appointment in 1917. Leo Baekeland was accorded the U.S. Citizenship on December 16, 1919. In 1924, he was elected as the President of the American Chemical Society. Besides, he was also a member of the U.S. Nitrate supply commission and U.S. Naval Consulting Board. In 1925, he became a member of the Advisory Board of the Chemistry Division of United States Department of Commerce. He was included as a Trustee of the Institute of International Education. In 1939, he sold the General Bakelite Co. to Union Carbide after a dispute with his son. He subsequently retired.

Leo Baekeland was also posthumously inducted into the National Inventors Hall of Fame at Akron, Ohio in 1978.

French Government honored him by bestowing upon him the ‘Officer of the Legion of Honor’.

Leo Baekeland married Céline Swarts, daughter of his professor Theodore Swarts on August 8, 1889. The couple was blessed with three children, Nina, Jenny, and George. He breathed his last in a sanatorium in Beacon, New York succumbing to cerebral haemorrhage on February 23, 1944.