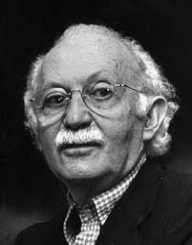 Lee Strasberg was born Israel Strassberg on November 17, 1901. He was an American actor and director. Lee was also a theatre practitioner. In 1931, he founded Group Theatre alongside Harold Clurman and Cheryl Crawford who were also directors. In 1951, he became the director of Actors Studio. He died on February 17, 1982, at the age of eighty.

Lee Strasberg was born Israel Strassberg on November 17, 1901, in Austrian Poland in Ukraine. He was born to Baruch Meyer Strassberg and Ida who were Jewish. He was brought up alongside two brothers and a sister. His father had no choice but to emigrate to the United States of America. Later he saved up enough money to move his family to the US.

In 1918, Lee lost his brother to the influenza epidemic. The death of his brother affected him that he dropped out of high school. Lee later joined the Chrystie Street Settlement House’s Drama Club. At the age of twenty three, he joined the Clare Tree Major School of the Theatre. In 1939, he became a naturalized United States citizen.

Lee later transferred to the American Laboratory Theatre where he studied with the students of Richard Boleslavsky and Stanislavski Maria Ouspenskaya. In 1925, he made his professional debut in the play ‘Processional’ which was produced by the Theatre Guild.

In 1931, Lee Strasberg founded the Theatre Guild of New York. At the Theatre Guild, Lee created the technique ‘method acting.’ He started as a director and later started training potential actors. In 1947, his friends and co-founders of the Group Theater established the Actors Studio. These friends of his were Robert Lewis, Cheryl Crawford, and Elia Kazan.

In 1951, Lee was the artistic director of Actors Guild. Some of the actors who have worked at the studio include Dustin Hoffman, Patricia Neal, Anne Jackson, Sally Field, Mildred Dunnock, Rod Steiger, Dennis Hopper, and Karl Malden among others.

In 1926, Lee Strasberg married his first wife Nora Krecaum, but she died in 1929. The year 1934 saw him marry his second wife Paula Miller, but she died of cancer in 1966. Together they had two children, John Strasberg, and Susan Strasberg. Lee later married Anna Mizrahi with whom he had two sons, Adam Lee Strasberg and David Lee Israel.

On February 17, 1982, Lee Strasberg died from a heart attack at the age of eighty. He is interred at the Westchester Hills Cemetery in New York. A day before his death, he got an election into the American Theatre Hall of Fame.