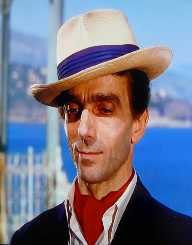 Léonide Massine was a Russian ballet dancer and a choreographer in the 20th century. He was responsible for creating the first symphonic ballet for Ballet Russe de Monte Carlo. He staged his performance in movies such as The Red Shoes.

He had five siblings, three brothers, and two sisters. Among his brothers, Konstantin was his closest brother. The two had a small age difference.

His exceptional performance in the Ballets soon made him the principal dancer for the company. His first act led to three other appearances in Maly and Bolshoi theatres.

Konstantin, his closest brother was killed in hunting in 1909. The tragedy affected Massine who never recovered from the shock.

He graduated from Moscow Imperial Theater School in August 1913. After his graduation, he joined Bolshoi Ballet.

Soon after his graduating from the dance school, Diaghilev invited Léonide Massine for an audition for a choreographer for his new production, The Legend of Joseph. After a successful audition, he became a principal dancer for Sergei Diaghilev's Ballets Russes. Soon after Vaslav Nijinsky left the company and the male's star role became vacant.

He choreographed Soleil de Nuit in 1915 which was his first Ballet. Despite their age difference, his relationship with Diaghilev was more than just professional. The two had an intimate relationship.

Throughout his retired life, Léonide Massine continued to choreograph ballets for various disciplines. Some of the major artists he worked with included Pablo Picasso, Henri Matisse, and Jean Cocteau.

Between 1932 and 1942 he danced for Ballet Russe de Monte Carlo. After making guest artist appearance around the world, his career on screen stage began. Some of the films he appeared in include The Red Shoes, The Tales of Hoffman and Neapolitan Carousel in 1948, 1954 and 1957 respectively.

During his early life, Léonide Massine had a love affair with his boss Diaghilev. Thereafter, he had numerous relationships with several other women. He had four wives, two of which were ballet dancers. Despite having married four wives, Massine only had two children Lorca and Tatiania.

Massine later divorced one of his wives Orlova in 1968. Before passing on, he published his biography My Life in Ballet.