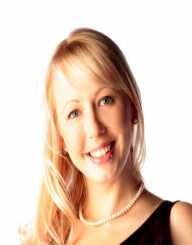 Katherine best known as Katherine SSG is a rising social media star and a member of the famous YouTube channel Seven Super Girls. The SevenSuperGirls is one of the largest under 18 all-girl collaborative YouTube channels. The channel, which was started in 2008 by a group of parents is part of the SevenAwesomeKids group of channels. Before joining the SevenSuperGirls, she had previously joined the SuperAwesomeKids channel like the SevenFuntasticGirls in 2011.

Her sister, Rachael later joined, and the two have been doing awesomely well together. Their video postings which are about 325 has garnered more than 80 million viewers on the SSG channel. That apart, the two sisters also feature in the group videos of the SSG. They are mostly seen on the channel of Fridays. The SevenSuperGirls has over 6.5 million subscribers.

Aside from being part of the SSG, Katherine SSG has her own YouTube channel called katherineshow1. She used this channel before even joining the SSG. The channel, which was created on August 21, 2010, was used for her personal videos and she states that “My name is Katherine, I like food and I’m cooler on the internet”. Katherineshow1 has more than 174,000 subscribers with more than 51 million video views. Other activities of the Super Girls is to travel around to host shows for their fans.

Katherine was born in London on July 5, 1999, to American parents. Her father moved to London, England in the cause of his work. Katherine, however, spent just three years in England and the family returned to the United States of America. She has three other siblings, Tommy, Rachael and Grace. As a child, she had aninterest in making and editing videos which have aided her in her social media career. The seventeen-year-old Katherine took her interest to social media and has been doing very well, especially as a member of Seven Super Girls. During a Q&A session, she stated that she is not dating currently. Her favourite movie star is Jennifer Lawrence.

Even before joining social media, Katherine SSG had an interest in filmmaking and editing. This interest, which she picked at age nine, has propelled her in the pursuit of fame on social media. She first joined YouTube on August 21, 2010, by creating the channel, katherineshow1. The channels were primarily used for vlogging her daily activities, taking up challenges and giving out tutorials. To excel in her social media pursuit, she auditioned for the YouTube groups SevenAwesomeKids and SevenFuntasticGirls but could not make it for the latter.

Katherine SSG was later in 2011 passed for the SevenFuntasticGirls and was given a Wednesday slot. Katherine’s stunning videos posted weekly gained her popularity and several admirers. Her success on the channel paved the way for her on the SevenSuperGirls. This time around, she was given a Friday slot for her videos. Katherine started featuring her younger sister; Rachael in most of her videos and with that, she also gained a permanent membership of the SSG. Katherine and Rachael have since then wowed their fans with spectacular videos and have a large number of views for their videos.

After turning 17years, Katherine had to depart from the SSG because she had become too old because the age cap was 16. After her departure, Rachael had to host the videos alone but an amendment to the age limit by the producers of the show brought Katherine back. Katherine has also been involved in several other channels in collaboration with some friends. She once joined a friend called Jaclyn to create the channel J&K2BFFVideos and later created another one,Jksters with her friend, Jasmine. Her videos gain attention instantly and that makes her a rising star.