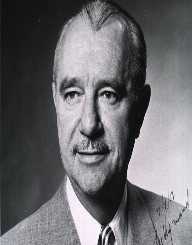 Karl Waldemar Ziegler was a German chemist. He was born on August 12, 1978. Karl was awarded the Nobel Prize in Chemistry in conjunction with Giulio Natta in 1963. The win was a result of their extensive work on polymerization of organometallic compounds which led to highly successful industrial processes.

Karl is also famous for his work involving free-radicals, many-membered rings and the eventual development of Ziegler-Natta catalyst. Karl also received the Werner Von Siemens Ring award together with Otto Bayer and Walter Reppe. This was a reward of their extensive scientific knowledge and the technical ability to develop new synthetic materials.

Karl Waldemar Ziegler was born in Helsa, Germany on November 26, 1898. He was the second son of Karl Ziegler and Luise Rall Ziegler. He developed an interest in science when he was a young boy, and he would perform experiments at home. He also read extensively beyond his level, and his passion for science was evident.

His father showed tremendous support and introduced him to many people including the diphtheria vaccine discoverer, Emil Adolf Von Behring. This accelerated his desire to pursue science professionally.

Karl Ziegler attended Kassel-Bettenhausen elementary school. While here, he had an encounter with introductory physics and it made him develop an interest in the science. He worked hard to the point of being recognized by the school administration. He received an award for the "Most Outstanding Student" during his final year of study.

Karl joined the University of Marburg to study Chemistry. The extensive reading at elementary level helped him to skip his first two semesters of his study. He had enough background knowledge on the subject.

In 1918, Karl Ziegler interrupted his studies to participate in the World War as a soldier. Fortunately, the World War one did not last for long. He went back to the University where he started working on his Ph.D.

In 1920, Karl received his Ph.D. studying under Karl Von Auwuer with a dissertation on "Studies on Semibenzole and Related Links." The study led to three publications.

Karl went on working with Karl von Auwers at the University of Marburg. He began working on a realization he had made during his doctoral studies that halochromic salts could be made from carbinols. He started synthesizing substituted free radicals and finally made 1, 2, 4, 5-tetraphenylallyl. The paper qualified him as Privatdozent.

In 1933, Karl published his first work on large ring systems "Vielgliedrige Ringsysteme". The publication presented the basics of the Ruggle-Ziegler principle on dilution.

In 1936 he joined the University of Halle and became a professor and the director of the Chemical Institute. He also became a visiting lecturer at the University of Chicago. In 1940, Karl received the War Merit Cross 2nd class and was also a Patron Member of the SS.

Karl worked tirelessly to bring back the chemical research vigor after the World War I. He was instrumental in the formation of the German Chemical Society (GesellschaftDeutscherChemiker).

Karl Ziegler received the Nobel Prize in Chemistry in 1963. This was as a result of his "discoveries in the field of chemistry and technology of high polymers" The prize was shared with Giulio Natta.

He received several other medals and prizes including;

Karl Ziegler married Maria Kurtz in 1922. Erhart Ziegler, the son, became a physicist and a patent attorney while the daughter, Marianna Ziegler Witte, became a doctor of medicine.

Karl Ziegler owned patents that made him rich; he set aside money to form Ziegler Fund for financing research. He liked traveling and collecting art pieces. In 1972, he went on an eclipse viewing and fell sick while on the trip. He died one year later on August 12, 1973, in Germany. Several of scientific processes has his name including Ziegler-Natta catalyst, Thorpe- Ziegler reaction and Wolh-Ziegler bromination.