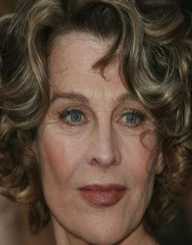 Julie Frances Christie was born in the town of Chabua, British India, on April 14, 1940. Her mother, Rosemary, was a painter. Her father, Frank, owned a tea plantation. She had a younger brother and an older half-sister.

Her parents separated when she was a little child. She studied in two convents in England, but she was asked to leave because of her behavior.  After that, she attended the Wycombe Court School. She then enrolled at the Central School of Speech and Drama in London.

Julie Christie started participating in school plays while she was a teenager. In 1957, she made her official stage debut. In 1961, she was a part of the science fiction series A for Andromeda, aired on BBC.

The next year, she appeared in the comedy films The Fast Lady and Crooks Anonymous. Her big break came in 1963, in the comedy-drama Billy Liar. She played the lover of the main character. After that, she had a few small television roles and a role in a Broadway play.

In 1965, Christie played a model called Diana in the drama Darling. The role brought her international recognition and critical acclaim. That same year, she starred in Doctor Zhivago, one of the highest-grossing films of all time. Her portrayal of Lara Antipova became the most famous role of her career.

Julie Christie then appeared in the film adaptation of the novel Fahrenheit 451, as well as the epic drama Far from the Madding Crowd. In 1967, she left London, and she moved to Hollywood.

She starred in the dramas Petulia, In Search of Gregory, and The Go-Between. After that, she diversified her types of roles. She was part of the Western film McCabe and Mrs. Miller, the thriller Don’t Look Now, and the horror Demon Seed. She appeared in the comedies Shampoo, Nashville, and Heaven Can Wait. She was also a part of the Russian play Uncle Vanya.

In 1977, Julie Christie returned to the United Kingdom. She rarely appeared in high-profile films anymore. She had roles in several British dramas, such as The Return of the Soldier and Heat and Dust. Internationally, she starred in the French drama The Roaring Forties and the Argentine film Miss Mary. She was part of a few television movies, including Dadah Is Death and The Railway Station Station Man. She returned to the stage for a while, starring in a couple of plays. In 1997, she starred in the romantic drama Afterglow. She played the role of a wife in an unhappy marriage.

Julie Christie then continued with a string of smaller roles, including an appearance in Harry Potter and the Prisoner of Azkaban. In 2006, she played a woman with Alzheimer’s disease in the Canadian film Away from Her. She then narrated the short film Uncontacted Tribes and the drama The Bookshop. Her latest role was in the political thriller The Company You Kept in 2012.

In 1966, Julie Christie won an Academy Award for Best Actress for her role in Darling. She received three more nominations for McCabe and Mrs. Miller, Afterglow and Away from Her. She also won one Golden Globe and one BAFTA.

Julie Christie received numerous nominations in different categories, including Critics Awards from London, New York, Boston, Houston, and many other cities around the United States and the United Kingdom. Internationally, she won awards from film festivals in Russia, Spain, Portugal, Ireland, and Cuba.

In the early 1960s, Julie Christie got engaged to an art teacher called Don Bessant. From 1967 to 1974, she had a high-profile relationship with the American actor Warren Beatty. After that, she started dating the journalist Duncan Campbell. They later got married, although they haven’t disclosed the exact date of their wedding.