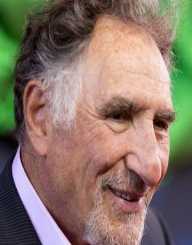 American actor Judd Hirsch was born in New York City on the 15 March 1935.

Judd Hirsch attended DeWitt Clinton High School and then studied at the City College of New York and Cooper Union. After earning a degree in physics, he then studied acting at the American Academy of Dramatic Arts.

Judd Hirsch started out acting in various stage productions including Barefoot in the Park on Broadway (1966). He came to attention when acting in the television film The Law (1974) and subsequently won roles in Colombo, Medical Story, Delvecchio, and Rhonda.

Judd Hirsch’s breakthrough role came when he was offered a part in Taxi playing Alex Reiger. Taxi was an immediate hit. He then appeared in Ordinary People (1980). As an established actor, Hirsch continued working in film and television. He starred in the television show Dear John (1988-1992) and had roles in Independence Day (1996), Man on the Moon (1999) and A Beautiful Mind (2001). He also starred in the crime drama series on CBS Numbers (2005-2010).

He won an Emmy nomination for his guest role in Rhoda and an Emmy for Lead Actor in a Comedy Series (1981, 1983). For his role as a psychiatrist in the hit film Ordinary People (1980), he was nominated for an Oscar as well as a Golden Globe.

Between 1956 and 1958 Judd Hirsch was married to Elisa Sadaune and they had one child. He was then married to Bonni Chalkin in 1992. They had two children together and divorced in 2005.