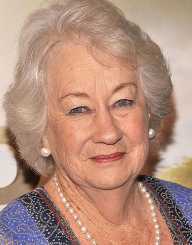 Joy Adamson was born on 20th January 1910, to Victor and Traute Gessner. She was born in an area of Austria-Hungary, which is now Opava in the Czech Republic.

Adamson came from a family of girls, with two sisters. When she was ten years old, her parents divorced, and Adamson went to live with her grandmother.

Adamson’s grandmother lived near Vienna, and it was there that Adamson did her schooling. She graduated from her studies with a degree in music, and then went on to study medicine.

After her divorce, Adamson went to Kenya. The following year, in 1938, she met and married Peter Bally. Bally was a botanist, and he was the one that gave her the nickname of ‘Joy’. They divorced in 1944.

In 1944, Adamson met George Adamson. They married that same year. Adamson was a senior wildlife warden, and it was on safari that they met. The couple decided they would live in Kenya.

As game warden for the Northern Frontier District of Kenya, George shot a lioness one day, during the course of his duty. He later realized the lioness was protecting her cubs. He took the cubs home, but they proved too much of a handful for the couple to look after.

The two larger cubs were given to a zoo in Rotterdam to be looked after, but the couple raised the third cub themselves. Her name was Elsa.

The Joy Adamson monitored the family, photographing the cubs, but not disturbing them.

In 1961, Elsa died from a tick bite. The cubs became unruly, and they started killing local livestock. Adamson and her husband were able to capture the cubs and take them to Serengeti National Park where they would live.

Shortly after, Adamson and George separated. They remained good friends, spending Christmases together. Neither were interested in a divorce, but their interests went in different directions.

Adamson became famous for the book she wrote about Elsa, called, Born Free. The book was published in 1960 and became a bestseller. It later became a best-selling movie, and received an Academy Award.

The Joy Adamson  became international celebrities through their work with Elsa. Adamson spent the rest of her life fundraising for wildlife.

After Born Free, Joy Adamson wrote Living Free, followed by Forever Free, based around Elsa and her cubs. Adamson used the proceeds of her book sales to continue her support of wildlife causes.

Over the years, Adamson did a lot of drawings and paintings. She released a book in 1972 called, Joy Adamson’s Africa, which was a book of her paintings.

Adamson released 12 books, including her autobiography, The Searching Spirit: Joy Adamson’s Autobiography, in 1982.

Joy Adamson's body was found on 3rd January 1980, in Shaba National Reserve. Initially ,it was thought a lion had killed her, but after the police investigated, they concluded she had been murdered.

One of Joy Adamson's ex-employees was found guilty of the crime.

In 1989, Adamson’s husband George was also killed, this time by poachers while trying to save a tourist.

Joy Adamson received the Austrian Cross of Honor for Science and Art, in 1977.