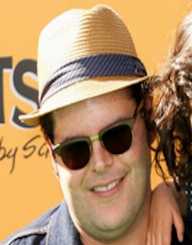 Josh Gad is a well-known American actor for his voice roles in films such as 'Olaf' in Disney’s frozen. He is also a Grammy Award-winning singer and a Tony Award-nominated actor famous for his plays in the movies such as '1600 Penn' which he produced and starred and 'The Book of Mormon.' Other film roles include: 'The Angry Birds Movie,' 'The Wedding Ringer,' 'Pixels,' and appearances made in 'The Daily Show' and the cameo appearance in 'Modern Family.'

Gad was born in Hollywood, Florida on February 23, 1981, to a Jewish home. His father is a Jew from Afghanistan, and his mother has an Ashkenazi Jewish descent. Moreover, Gad is the youngest son having three siblings, two brothers, and a stepsister. His mother works as a realtor while his stepdad is an investment advisor.

Gad enrolled to University School of NSU where he graduated in 1999. In the school, he participated in sports and won several tournaments such as the 1998 National Forensics League (NFL) National Tournament Championships for original oratory. Additionally, he earned 1999 Humorous Interpretation and Original Oratory.

Later on, he joined the Carnegie Mellon College of Fine Arts and graduated in 2003 with a Bachelor of Fine Arts. He also studied at 'The Groundlings' improvisational school where he co-founded a comedy troupe named 'The Lost Nomads.'

In 2002, he co-starred in the video feature 'Mary and Joe' followed by a horror film 'Razortooth' in 2006. Gad made a Broadway Debut in 2005 in the musical 'The 25th Annual Putnam County Spelling Bee' and afterward joined in the development of a blockbuster musical that had religious themes.

Additionally, Gad got featured in the 2007-2008 Fox sitcoms ‘Back To You’ where he portrayed a news director for one season. By and large, he was portrayed on the big screen in a musical comedy ‘The Rocker’ where he played the leading role and a gambling thriller '21' and played the supporting role.

On May 5, 2009, he became a correspondent on 'The Daily Show,' and a month later he became a regular correspondent on the show. In 2010, he co-starred with Jake Gyllenhaal and Anne Hathaway in a Romantic comedy ‘Love and Other Drugs.' He also played a guest role in the episode ‘Make it Quick, Fitzgerald!’ of the Bored to Death and played ‘Horse Force’ in the British sitcom, 'No Heroics.'

Moreover, Josh performed in the musical 'The Book of Mormon' where he played the role of Elder Cunningham and made his last performance on June 6, 2012. In 2011, along with Andrew Rannells, he was nominated for the Tony Award for Best Leading Actor in another musical unfortunately he lost. In the same year, he made an appearance in ‘Thanksgiving’ episode of the ABC’s Modern Family’s show.

Josh Gad also voiced in the MTV animated series ‘Good Vibes’ and made an appearance in a comedy film ‘Mardi Gras: Spring Break.' In 2012, he played in an episode ‘New Girl’ of the Bear Claw and voiced ‘Ice Age: Continental Drift.’ Additionally, he starred in romantic comedy ‘She Wants Me.’

A year later, Josh produced and co-created the ‘1600 Penn’, where he played Skip Gilchrist in a US presidential family. A play followed this appearance in the film ‘The Internship’ as Headphones and starred in the ‘Jobs’ as Steve Wozniak. During this period, he also voiced ‘Olaf’ of the Disney’s Frozen and wrote an article ‘Technology pundit’ featured on August 12, 2013, in the USA Today.

In 2014, Gad played the leading character brother in Zach Braff’s film entitled ‘Wish I Was Here.’ He also played a guest role where he voiced Phineas and Ferb. Additionally, in 2015, he starred alongside Kaley Cuoco and Kelvin Hart in ‘The Wedding Ringer’ followed by a comedy series ‘The Comedians’ which he starred alongside Billy Crystal. He also played in the ‘Pixels’ where he starred with Adam Sandler and Peter Dinklage.

In September 2016, he starred and co-wrote ‘Toy Wars’ based on Wayne Miller’s non-fiction book. He also voiced ‘Chuck’ in the Angry Birds Movie. In 2017, he voiced Bailey in ‘A Dog’s Purpose’ and played LeFou in the remake of Disney’s 'Beauty and the Beast' film which he co-starred alongside Emma Watson.
Later Josh Gad also played in a ‘2017 film adaptation’ where he played Hector MacQueen based on ‘Murder on the Orient Express’ novel. He has made continuous efforts in his filming career receiving film projects in different areas of his production.

Remarkably, Gad earned his nomination for the 2011 Tony Award for Best Leading Actor in a musical. In 2013, he received an Annie Award for his voice acting in a Feature Production. Due to his lavish performance at the satire musical, he was awarded an ‘Outer Critics Circle Award’ and won a ‘Grammy Award’ for the best musical theater album.
In 2017, he earned a nomination alongside Luke Evans for an MTV Movie and TV Award for the best duo, in his role as ‘LeFou’ for the 'Beauty and the Beast' film.

In 2008, Gad married, Ida Darvish, an actress, and a writer, and the couple has two daughters. Additionally, he is spiritually inclined towards traditional aspects of Judaism and also celebrates Catholic traditions followed by his wife.