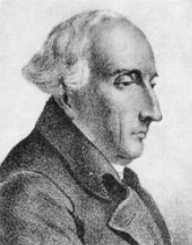 Joseph Louis Lagrange was a Mathematician who had particular interest in number theory, analytic and celestial mechanics.

Joseph Louis Lagrange was not his original name; he was baptized Giuseppe Lodovico Lagrangia. Joseph Louis was born in Turin, Sardinia-Piedmont in Italy; on the 25th of January 1736. His father Giuseppe Francesco Lodovico Lagrangia was part French and worked as Treasurer of the Office of Public Works and Fortifications in Turin.

His mother was Maria Teresa Grosso, an Italian daughter of a doctor. His parents were wealthy until Giuseppe senior lost his fortune in speculation.

Joseph Louis Lagrange was the oldest child of eleven, and one of the two children to survive childhood. He often signed his name using the French form, sometimes as Luigi De la Grange Tournier, Luigi Lagrange or Lodovico LaGrange.

Joseph Louis was slated to become a lawyer by his family and had enrolled at the College of Turin as a law student. He hated Greek geometry and loved Classic Latin. When he read a paper by Edmond Halley about algebra in optics, Joseph’s interest in mathematics began.

However, he received no help in that area; Joseph Louis had taught himself to become a mathematician.

He wrote a letter to Giulio Fagnano, an Italian mathematician, on 23 July 1754. It was about binomial theorem, and after the publication, Joseph realized that it had been solved by Johann Bernoulli and Leibniz.

Fearing an accusation of plagiarism, Joseph Louis began working on the tautochrone, writing his work to Swiss mathematician, Leonhard Euler in Berlin.

Euler was impressed and forwarded his work to President of Berlin Academy, mathematician Pierre-Louis Moreau de Maupertuis in 1756.

Joseph Louis mathematical career started at the age of nineteen when he was appointed by Charles Emmanuel III  to become a mathematics assistant professor at the Royal Military Academy of the Theory and Practice of Artillery in 1755. But he was an inexperienced teacher and was unfamiliar with artillery and fortification-engineering application.

In 1756, Joseph Louis became a founding member of Royal Academy of Sciences of Turin, publishing scientific journal Mélanges de Turin. During the same year, he was elected to the Berlin Academy, which he turned down in favor of home.

He started publishing his works known as Miscellanea Taurinensia, with the help of his students, it spanned five volumes.

After heavy persuasion by d'Alembert, Joseph accepted the generous offer of Frederick II, settling in Berlin Academy. He succeeded Euler as Director of Mathematics. He worked on many topics and made progress in mechanics. He lived in Berlin for twenty years

Following the death of King Frederick II in 1786, Joseph Louis Lagrange was lured by many countries and states. On 18 May 1787, Joseph Louis accepted Louis XVI’s invitation to Paris, staying in the Louvre and a position in Académie des Sciences.

Joseph Louis was not required to teach, which allowed him to focus on his work. Joseph published his most excellent work: Mécanique analytique in 1788.

Joseph Louis was a part of the committee of the Académie des Sciences; its primary focus was to standardize weights and measures in May 1790. He narrowly escaped death, when the 1793 Reign of Terror almost condemned him to death.

Antoine Lavoisier intervened on his behalf; Joseph received an exemption while Lavoisier was condemned to death with other tax farmers.

Joseph Louis was elected professor of analytics in 1794 when the École Centrale des Travaux Publics opened. But he was required to teach after the French Revolution, his last publication was in 1800, entitled  ‘Leçonssur le Calcul des functions.’

Joseph Louis was revising Mécanique analytique but failed to finish it before his death.

When Napoleon ruled, he became the new benefactor. Joseph was given the Legion of Honour and elected Count of the Empire in 1808. Joseph was also a senator in 1799; he was the first signer of the Sénatus-consulted.

Joseph Louis won the prizes from Académie des Sciences of Paris five times, three of them shared with either Euler or other mathematicians. He was awarded Grand Croix of the Ordre Impérial de la Réunion in 1813 by Napoleon.

Joseph Lagrange married Vittoria Conti in 1767, they were cousins and had no children. The couple had decided against having children. Vittoria died in 1783 after fighting illness while in Berlin.

Joseph Louis suffered from ill health as well. In 1792, he married  Renée-Françoise-Adélaïde Le Monnier, daughter of astronomer Pierre Charles Le Monnier. She had insisted on marrying him.