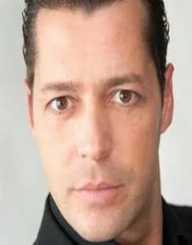 Joseph Di Mambro was a French man who co-founded the Solar Temple sect.

Joseph Leon Di Mambro was born on August 19, 1924, in the commune of Pont-Saint-Esprit, France. His father, Rafael Di Mambro, was an Italian manual worker. His mother, Fernande Di Mambro, was a French seamstress. He had a younger brother, named Nicolas, and a younger sister named Florina.

Di Mambro attended a local Catholic school. He was a good student and took violin lessons for years. He then started working at a local jewelry store. In 1944, he married a woman named Jeannine Salted. They had a son, Bernard, who went on to become an actor.

As a child, Joseph Di Mambro regularly attended mass with his family. In the 1950s, he became interested in occultism and spiritualism. In 1956, he became a member of the Ancient and Mystical Rosicrucian Order.

Over the next few years, he became known in his town for his supposed ability to talk to spirits and see parallel worlds. He soon became the head of the order’s branch in the city of Nimes. In 1969, he decided to venture out on his own, so he left the Rosicrucian Order.

In 1970, Di Mambro left his job and directed his full attention to his religion. He traveled around France and gave lectures about the New Age Movement. In 1974, he founded his group, called the Organization for Preparation for the New Age. He and his followers lived together in the commune of Annemasse. Two years later, he started another group, called La Pyramid.

Joseph Di Mambro set it up in the commune of Collonges-sous-Saleve, near the border with Switzerland. Around this time, the French government first noticed his activities and marked him as a suspicious person.

In 1979, Joseph Di Mambro moved to Geneva and founded the Golden Way Foundation. There, he met Luc Jouret, a Belgian holistic doctor and New Age activist. Together they co-founded the Order of the Solar Temple in 1984. The group combined New Age beliefs with Occultism and Masonic rituals. Di Mambro believed that he was the reincarnation of Moses and that it was his job to guide humanity to enlightenment.

Around this time, he had a daughter, named Emmanuelle, with one of the group’s members. He believed that his daughter was destined to be the leader for the New Age. He encouraged the other members to have children that would support Emmanuelle in her path.

The cult was quite successful in the 1980s, forming new branches in Australia and Canada. However, that changed in the 1990s. Some of the members left and filed lawsuits against the group. Some of the remaining members started to defy the authority of the leaders. Luc Jouret was arrested for possession of weapons and Di Mambro got sick.

On October 5, 1994, Di Mambro and several dozen members of the cult committed mass suicide. Some of them drank poison and others were shot or smothered to death. The remaining members set up the bodies of the dead in a ritualistic way. The Swiss police found the bodies a few days later. Over the next few years, similar mass suicides happened in Canada and France.