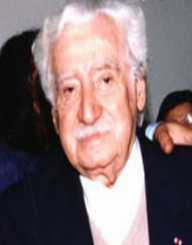 Brazilian novelist, lawyer, and journalist Jorge Amado was born in 1912 in Itabuna, Brazil. His middle-class family was cacao planters who owned a plantation in the interior of the country.

Jorge Amado spent a year at a Jesuit college in Salvador where he was exposed to the work of Charles Dickens. He later wrote that Dickens’ writing was a strong influence which helped develop his social conscience. Amado graduated from  Federal University, Rio de Janeiro with a law degree in 1935.

Jorge Amado joined the Communist party in the early 1930s and became part of a group of socialist intellectuals. His first novel, published when he was 19, The Country of Carnival (1931) centered around the cacao plantations of Brazil, social injustice and the class struggle. Other novels written in the 1930s and 1940s include Cacau (1933), Jubiabá (1935) and Captains of the Sands (1937).

Captains of the Sands focused on the homeless children on the streets of Salvador. The book was banned, and copies were burnt in the city square with the government of the day claiming that it was communist propaganda. Between 1941-1942, Amado lived in exile in Argentina and Uruguay where he wrote The Violent Land in 1943.

Returning home in 1944, Jorge Amado was elected to the Constituent Assembly as a federal deputy of the Brazilian parliament in 1948. In the early 195s, he again went into exile and lived in Prague (1951-1952).

In the early 1950s, Jorge Amado adopted a different approach to writing about social injustice by writing with humor rather than angst and outrage. He later said in interviews that his earlier works had been too ideological and angry. Between 1956 and 1959, Amado worked as an editor on the journal Para Todos. Gabriela, Carnation and Cinnamon were published in 1958. He was an essential part of the Latin American literary boom of the 1960s.

Gabriela, Carnation and Cinnamon were adapted for Brazilian television in the 1961, 1975 and 2012 as well as a film in 1983. Jorge Amado published 32 books which have been translated into over 40 languages. Other novels include Home is the Sailor (1961) and War of the Saints (1988).  Amado was writer-in-residence at Pennsylvania State University in 1971.

The Jorge Amado cultural foundation was established in Salvador, and the president of Brazil was present at the dedication in 1987. Amado was presented with France’s Legion of Honor in 1985. The Soviet Union awarded him the Stalin Peace Prize in 1951. Between 1961-2001, Amado was chair of the Brazilian Academy of Letters.

In 1933, Jorge Amado married Matilde Garcia Rosa, and they had a child Lila (b.1933-died 1949).  In 1944, he separated from Rosa and the following year; he married Zelia Gettai. Gettai was a successful author as well as a photographer. The couple had two children: a son, Joao Jorge (b.1947) and a daughter, Paloma (1951). Jorge Amado died on the 6 August 2001. He had been diagnosed a few years earlier with diabetes and died of heart and lung failure.