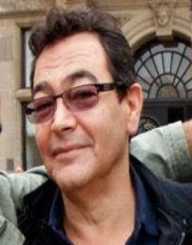 Jon Moss was an accomplished drummer who revolutionized the British music arena in the mid-1900s.

Jonathan Aubrey Moss was born on September 11, 1957, in London. He was adopted from the Clapham Jewish Boys Home at the age of six months. His adoptive parents were Lionel and Rosetta Moss. They were from a well-off Jewish family. His father was a businessman with a clothing shop in London.

At the age of five, he enrolled at Arnold House School. He graduated in 1970. He then joined Highgate School for his high school education from 1970 to 1975. It was during his days at Highgate that he developed an interest in sports especially boxing. Despite his love for boxing, he decided to venture into music. He formed his first band while at the school.

After high school, Jon Moss contemplated enrolling at the University of Cambridge to study classical Greek. The idea did not last for long. He decided to continue with music, hence becoming a drummer. Drums had been a part of him from childhood. He started playing drums borrowed from his elder brother David when he was 13 years.

Jon Moss started his professional music career when he was barely 20 years. He initially joined a group called The Clash as a drummer. Due to the clash of personalities, Moss left the band. The band leadership wanted him to shave off his overflowing hair. He refused and quit the formation. Moss played for several other bands like The Damned, and Adam and the Ants, before joining Boy George in Praise of Lemmings.

Together with British singer and composer Boy George, they formed Culture Club. Jon Moss believed that the name change would bring out the true diversity of cultures in the band. Moss stayed with the formation for six years. This was from 1981 to 1986. The group split after Moss had a misunderstanding with the leader Boy George. Between 1987 to1998, Moss recorded with other artists like his childhood friend Nick Feldman, Sebastian Wocker, and also released his instrumental song in 1989.

Two years back in 1987, Jon Moss tried to reunite Culture Club but was unsuccessful. In the early 2000s, he turned to rock music. Moss joined several bands in tours and performances. He played for bands like Fassbender, DanMingo and Plastic Heroes. Recently, he has been involved with the reunion of his former outfit Culture Club.

For several years since 1998, Moss has been trying to reunite the band, to no success. His differences with George have been blocking any reformation. In 2006, he and other members planned a tour with a reunited Culture club. George declined the invitation to join; thus the group selected another lead singer. Unfortunately, the trip did not materialize.

Jon Moss is currently touring with the group Ridiculous, which he formed early 2018. In the group is his former recording friend Sebastian Wocker.

Jon Moss separated with his wife Barbara Savage in 2010. The couple had three children during the marriage. He was also in a secret romantic relationship with his partner, and fellow band member Boy George. They, however, broke up in 1986 after George was involved in drugs.

In the wake of the London bombings in July 2005, Jon Moss did the drums in the song People I Don’t Know Are Trying to Kill Me. This was during a concert to support the families of the victims who perished in the terrorist bombings. He has done some charity recordings with Anca, who is based in London. He was part of The Rock Choir which sang on March 15, 2013, to fundraise for British charity organization Comic Relief.

Jon Moss was exposed to London’s most excellent education by his family. Unlike most families where children follow in their parent’s footsteps, Moss left the academic studies to pursue music. His relentless effort to reunite his former band despite fierce criticism from Boy George is admirable.

He also came out to confirm his gay relationship with Boy George, despite having been raised in a Jewish family. In normal circumstances, his family would have disowned him. This relationship with George has been edified in the film Worried about The Boy.

That proved the fact that he was a risk taker. Currently aged 61, he is a recording drummer with various artists.