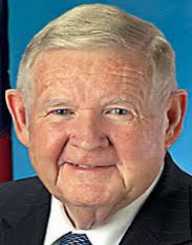 John Murtha was an American congressman.

John Murtha studied at The Kiski School, a boarding school in Saltsburg. He then enrolled at the Washington & Jefferson College but dropped out before graduating. He later earned a bachelor’s degree in economics from the University of Pittsburgh. After that, he attended the Indian University of Pennsylvania for his graduate studies.

In 1952, John Murtha joined the Marine Corps. He soon became a drill instructor at the Marine Recruit Depot at Parris Island. He then went to Quantico, Virginia, to attend the Officer Candidate School. He became one of the best students in his class, earning the American Spirit Medal. After that, he joined Camp Lejeune in North Carolina as part of the Second Marine Division.

In 1955, he left active duty but remained in the Marine Forces Reserve. In 1966 and 1967, he volunteered to fight in the Vietnam War. For his service, he received two Purple Hearts, the Bronze Star, the Vietnamese Cross of Gallantry, and the Combat Action Ribbon. He officially retired from the Marine Corps in 1990, earning the rank of Colonel and winning the Navy Distinguished Service Medal.

During his career, he opposed abortion and gun control and supported the Affordable Healthcare Act. He advocated for the Iraq War and supported Hillary Clinton in the 2008 Presidential Elections.

In 1980, John Murtha was involved in the Abscam investigation. Several FBI agents went undercover to see how many congressmen would accept bribes. Murtha did not give a definitive answer in the inquiry. Decades later, publications such as The Washington Post, Esquire Magazine, and CQ Politics accused him of being corrupt.

In 1955, John Murtha married a woman named Joyce. They had twin sons, named John and Patrick, and a daughter named Donna.

In January 2010, John Murtha had gallbladder surgery at the Bethesda Naval Hospital. He died from complications in the Virginia Hospital in Arlington on February 8, 2010. He was 77 years old. He was buried at the Grandview Cemetery in Johnstown, Pennsylvania.