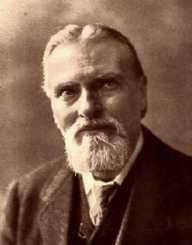 John Henninger Reagan was born on October 8, 1818. He was an American politician. He was a Texas statesman.

John Henninger Reagan was born on October 8, 1818, in Tennessee, United States of America. He was born to Timothy Richard and Elizabeth Reagan. He was brought up alongside five siblings. His mother died when he was thirteen years old. He worked as a planter, supervisor, salesman, and tanner to take care of his brothers and sisters plus his school fees. He moved to Texas at the age of twenty. He later studied law, and he gained entrance to the bar.

In 1839, John Henninger Reagan moved to Texas where he joined the army of the Republic. He participated in the Cherokee War. He later became a deputy surveyor of public lands near Nacogdoches. He was then appointed the justice of the peace. He was also captain of a militia company located in Nacogdoches. In 1846, he started his law practice at Buffalo. In 1848, he was admitted to the bar and practised in Buffalo and Palestine. In 1847, he was appointed as a member of the Texas House of Representatives. In 1852, he was appointed the first judge of the Henderson County.

In 1857, John Henninger Reagan was appointed as the United States Congressman in the Democratic Party of Eastern Texas. He was later elected to Secession Convention of Texas. In 1861, he was made Postmaster General of the Confederacy by President Jefferson Davis. He was later imprisoned in Fort Warren, Boston after the end of the Civil War. In 1865, he returned to Texas where he continued his law practice.  In 1875, he was elected into the State’s Constitutional Convention. He later became a Democratic Representative in the United States House of Representatives.

In 1887, John Henninger Reagan ran for the United States Senate and won. He was also the Chairman of the Committee on Commerce. In 1891, he resigned from his post and became the Director of the Texas Railroad Commission. In 1897, he became the Chairman of Texas Railroad Commission. He also co-founded the Texas State Historical Association. In 1903, he retired from politics. In 1905, he published his Memoirs.