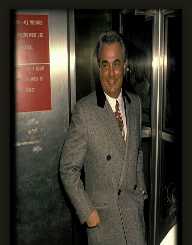 John Gotti is attributed to coming from a family of 13 children, and his father made a living from menial jobs. His income was barely able to sustain the family, and they were residents of the New York district of South Bronx. His parents were named J. Joseph and Fannie Gotti.When Gotti turned 12, he had to complete chores to support the family finances. Gotti worked in an underground entertainment club that was one of the spin-offs of the Gambino family. It was in the course of work here that he met the crime boss, Aniello.  Aniello years down the line became Gotti’s, mentor.

John Gotti moved fast to become the boss of the gang known as ‘Fulton-Rockaway.’ They were into car hijacks, robberies, and related crimes. Though he enrolled at Franklin K. Lane High School, he dropped out early at age 16. On his 18th birthday, John Gotti switched to the gang known as Fatico and turned his attention to working at the coat factory. In the days that followed, he also became a truck driver, but this was not last for long as he found his way back to the crime lane after a while.

From John Gotti's association with the Fatico crime lords, he was back to a life of crime. In no time and along with two of his brothers, they were neck-deep in hijacking cars around the John F. Kennedy International Airport. Gotti's high-level crime at such rate was what led to the FBI cracking down on him early in the year 1968. He got out on bail after his arrest but was on another car hijack in New Jersey, when he has arrested again, this led him to a three years’ incarceration at the Federal Penitentiary at Lewisburg.

In 1972, John Gotti went to work at the Bergin Hunt which also had a Fish Club. Here he was neck-deep in gambling that was illicit. He was made the head of the crew at Bergin during the year. In the following year, Gotti killed an Irish-American gangster, who was called James McBratney. Federal authorities uncovered that John Gotti was part of the plot having been assigned to it by Carlo Gambino. This led to another incarceration for the next four years. He got a formal initiation as a part of the Gambino family of crime lords, after that in 1977. He was reputed for loan sharking as well as financing of the illicit drug trade.

John Gotti lost his son, named Frank, in a freak motorbike accident in 1980 and this was painful to Gotti who refused to forgive the neighbor responsible for the incident. The neighbor was later reported to have been abducted, and when unseen, it was assumed he got murdered. Gotti was often in the limelight for the wrong reasons, and he squabbled with Romual Piecyk, who was a refrigerator mechanic in 1984. This got him arrested for robbery and counts of assault. John Gotti was prosecuted later on for racketeering along with his boss, Dellacroce.

When John Gotti was arrested, and out of circulation, he still made the news. He was made the head of the crime family of Gambino at this time. It was an open knowledge that Gotti was seen as authoritative and ambitious. Gotti positioned himself to take over from Castellano. When Dellacroce died in the year 1985 from cancer –related causes, Thomas Gambino was made the acting boss of the crime lords by Castellano. Thomas Bilotti was also in line as a successor as he functioned as the boss the people foot soldiers had to report to.

Gotti was mentioned in a conspiracy to get rid of Castellano and eventually in 1985, Castellano was killed. This opened the door for Gotti to become the boss of the crime lords and he made DeCicco act in the capacity as the underboss of the Gambino mafia. By 1985, Gotti’s prosecution got stuck and was heading nowhere. In 1987, he was cleared of the hanging charges over the Romual Piecyk case and subsequently set free. This led to his tagging as ‘The Teflon Don’ by the news media in America. This was to allude to the fact that no charge stuck to him,

However, Gotti could not play fair and smart for long as the FBI again nabbed him in the year 1992. This time, it was for racketeering and murder, this stuck as it was his underboss named, Sammy Gravano, that did him in, This was how Gotti got incarcerated for a life imprisonment verdict, and he was nested in Marion Federal Prisons in the state of Illinois. His eldest son was named as his successor this time as he had no chance for parole.

Gotti was assaulted in jail in the year 2002 by a fellow inmate, Walter Johnson. Eventually, he was restricted to solitary confinement and only allowed to breathe fresh air for 60 minutes in every 24 hour-interval.

Gotti earned his stripes as one of the American mafia lords, and regular mentions made of him were linked to murders, assault, and drug trafficking. He also had mentions for loan sharking, heroin dealing, obstruction of justice, tax evasion, racketeering and illegal gambling. Though he made money from crime, he never lived in the closet as he had an ostentatious lifestyle. His love for the good things of life was what led to his naming as “The Dapper Don” by the American media.

Gotti's expensive taste was evident, and vanity had a hold on him throughout his lifetime, He was assaulted in jail by an inmate, and this led to aggravated throat cancer, later on. The complications from the incident were what led to his death.

Gotti wedded Victoria in the year 1962, and this was after she had a daughter for him, named Angel. The couple went on to have four other children. The son who died in an accident was only 12 years old, and he was named, Frank. Gotti’s funeral after his death was held in a facility that was without religious affiliation and he was buried beside Frank’s gravesite.