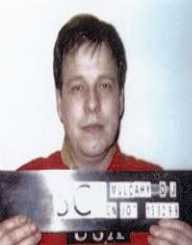 John Duffy is one of the two British serial criminals who came to be known as the Railway Rapists and Murderers. His series of rapes and murders caused a major forensic investigation in Britain during the 1980s.

John Duffy was born in 1959 in London. He grew up in Haverstock in the northern part of London. He was married to Margaret Duffy and has one child. Duffy had a chaotic childhood. Together with his friend David Mulcahy, the two enjoyed sadistic torture of small animals. He later directed his violence to his marital home. The police profiled him under domestic violence offenses on some occasions.

He was a lover of oriental martial arts. Duffy joined the classes during his high school days. The popular narrative says that he was constantly being bullied in school. So he took up self-defense classes to fend off the bully schoolmates.

In his adult life, Duffy was close to his childhood friend Mulcahy. Together, they committed a series of rapes and murders. The two crime partners started their activities on July 1, 1982. They waylaid and sexually attacked a woman near the Hampstead Railway station in London. They continued with the raping for the next year. Duffy and his friend raped a total of eighteen women around the London metropolitan area. In all the cases, the two attacked and raped women around deserted railway stations in London.

The London police initiated a manhunt for the perpetrators of the crime. The attacks on women abruptly stopped in the middle of 1983. The police lost the trail of the offenders. At the beginning of 1984, Duffy and Mulcahy started their criminal raping again. The offenses happened in West and North of London. The police grappled with the connecting the two episodes. The investigation codenamed Operation Hart continued.

In a single night in July 1985, three women were sexually assaulted near a railway station in London. This time Duffy and Mulcahy were arrested by the police. The police released after questioning and recording statements. The police profiled them as part of the many men who were being monitored. In August 1985 Margaret Duffy launched domestic violence complain to the police. Duffy was released after interrogation but he put into the Operation Hart database as a suspect.

The police called in Professor David Canter, a practicing psychologist to help in the investigation. The doctor made up a list of traits that he noticed in the evidence from the sequences of the crime. This list consisted of natural and environmental exhibits that a perpetrator manifests during the crime. The new system was called Psychological Offender Profiling. In September 1985 another woman was assaulted near a railway station in Barnet. She described a person resembling Duffy. Duffy was called for questioning. The victim did not identify Duffy during the identification parade. He was released by the police. By this time the media called the perpetrators the Railway Rapists.

The following month, Duffy was arrested and questioned. He was in possession of a knife near the North Weald Railway Station. Duffy was released for lack of evidence linking him to the murders. On May 18, 1986, six days after his release, Duffy attacked another woman in Hertfordshire. Anna Locke was attacked, raped and killed by strangling as the earlier victims. On November 7, 1986, Duffy was arrested in a failed kidnapping attempt. The police also questioned Mulcahy but later released him for lack of incriminating evidence.

Duffy was tried and convicted on four counts of rape and a higher charge of two murders. In February 1988 he was sentenced to a lifetime in prison. He served for nine years before implicating Mulcahy as his partner in the killings.

In 2000 Duffy took to the stand to witness against his former friend Mulcahy. His detailed and graphic evidence implicated Mulcahy. Mulcahy was convicted and sentenced to life imprisonment. The police linked other cases to the two but found no evidence to convict them.

The Railway Murderers case was the first criminal investigation to be aided by Psychological Offenders Profiling. The British police hailed the success of the data profiling and have used it since then.