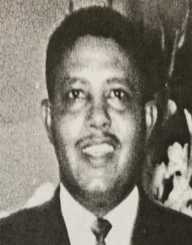 John Cross Jr. was born on January 27, 1925. He was an American Civil Rights Activist and pastor. He was the pastor of the 16th Street Baptist Church. The church was an African American Baptist church situated in Birmingham in Alabama.

This was during the church’s racially motivated bombing in 1963. The bomb blast led to the death of four young girls. The attack highlighted the problems brought about by racial segregation in the South in America. John worked hard to ensure racial equality and peace in the South.

John Cross Junior was born on January 27, 1925, in Haynes in Arkansas, United States of America. He was born to John H. Cross Senior and Margie Ann. He joined ministry when he was a teenager when he gave his first trial sermon. In 1944, he joined the United States Army. He served as an assistant regimental chaplain.

In 1962, John Cross Jr. was appointed as the pastor of the 16th Street Baptist Church in Birmingham, Alabama. He was a good fit for the church. This is because it consisted of a congregation of well educated African Americans.

The city of Birmingham was popularly known as ‘Bombingham.’ This was due to the increased amount of racially charged bombings that were taking place at that time. The attacks started in the 1950s and continued into the early 1960s.

The violence meted on African Americans was mostly orchestrated by the Ku Klux Klan. Their hate for blacks was so high that they killed them at any opportunity they got.

John Cross Jr. learned about the racial segregation and started inviting civil rights activists such as Martin Luther King into his church. The church became a center for meetings and rallies. These meetings made the church a target by Southern segregationists. In 1963, a bomb was planted in the church, and it exploded before a youth service took place.

The blast killed four young girls, Denise McNair, Carole Robertson, Cynthia Wesley, and Addie Mae Collins. John assisted in digging through the marble to look for survivors. Twenty-five church members got injuries from the blast. The protests orchestrated by the Civil Rights Movement after the bombing led to the passage of the 1964 Civil Rights Act.

In 1968, John Cross Jr. became a history and sociology teacher at Alabama State University. In 1972, he was the associate pastor of the Oakhurst Baptist Church in Georgia, United States of America. He later became the black church relations director for the Atlanta Baptist Association. He retired from ministry and teaching in 1989.