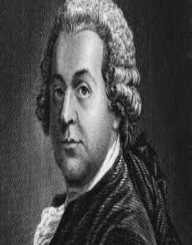 John Adams chaired the second set in the United States. He was the second President of the United States under the Federalist Party. He was a proud man who took grudges and offense easily. He was honored for his sensible act of making peace with France. He didn’t direct his good deeds for partisan or personal gain. He wanted to leave a mark that no one else came to erase but continued to follow his leadership skills.

Since 1765 John was on the frontline when it came to Revolutionary movement. Even then, Adams wasn’t a convincing speaker, but his in-depth research and commitment made him an ideal public figure. Unlike others, John didn’t rely on any committee for his leadership.

On October 30, 1735, John Adams was born in Braintree, Massachusetts in the United States to Susanna Boylston and John Adams Sr. Adams Jr. had two young siblings. His father worked as a cobbler and farmer. Not to mention he also worked at Congregational deacon. His father praised his son every day. This showed that he was proud of the little gentleman. At 16 years old John attended Harvard College in 1751.

In 1755 John Adams graduated with a Bachelor of Arts. He later landed a teaching job at some point where he dropped to pursue his law career. John Putnam was a prominent lawyer in Worcester. John pleased Putnam to teach him everything that concerned law at the time. In 1758 he received a Master’s Degree from his former University. He later landed his first job in Worcester as a schoolmaster.

From the beginning, John Adams wanted to practice law and not to teach. He discarded his new job and moved from place to place in search of his calling. That is where he began to sense a strong feeling in regards to the British rule. According to him, he suggested that colonies were treated like slaves. Independence ranged in his mind like a lullaby song.

John Adams joined the Massachusetts legislature where he later served as the delegate for Second Continental Congress. While still on the team, Adams became a staunch supporter and wanted freedom for America. He joined hands with Thomas Jefferson where they worked on the Declaration of Independence.

In the course of American Revolution, Adams traveled to Europe to allocate more resources for the war. In the process, he also planned how he would secure a good partnership with neighboring countries. That is where he joined Treaty of Paris and worked efficiently as a member, along with John Jay. The plan worked as they had desired. And Alas! The Revolutionary War ended.

John Adams first worked as a Vice President under George Washington doctrine. To be precise, Adams worked just for money, but he didn’t like the position. When Washington reign was over, John and Thomas run for Presidency. John won with more votes in 1797. In his administration; John first wish was to make sure that the US embraces peace and nothing else. England and France were against each other, and they wanted the US to intervene. Some relied on France side while others on the Great Britain team. Either way, John opted for peace to rule his domain with less effort.

In July 1797 John’s administration sent an American commission to France. The plan was aimed for them to meet at one negotiation term. Hell broke loose when France asked for a bribe before turning the table. Adams office left without any positive results. The failed agreement led to the Quasi-War in 1798 which later ended in 1800. Following this extreme event, Adams rule diminished due to lack of trust and understanding. The re-elections were done, and Thomas Jefferson succeeded John Adams.

John Adams came to marry his third cousin, Abigail Smith on October 25, 1764. The couple was blessed with six children; the famous one John Quincy Adams became the sixth president of the United States. Adams died on July 4, 1826, the same day of the Declaration of Independence.