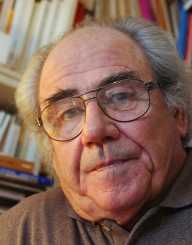 Jean William Fritz Piaget was born 9th August 1896, to Arthur and Rebecca Piaget. He was born in Neuchatel, Switzerland. His father was a professor of medieval literature at the University of Neuchatel.

Piaget discovered the natural world at an early age and had a keen interest in biology and zoology. He had already published papers by the age of 15 on mollusks and had earned a reputation within the field. His grandfather encouraged him to study philosophy and logic, and from that Piaget developed an interest in epistemology.

Jean Piaget studied at the University of Neuchatel. He was awarded his doctorate in 1918 after studying natural history and philosophy. He then went to Zurich during 1918-1919 to do post-doctorate studies

After graduating, Jean Piaget moved to Paris where he became a teacher at the Grange-Aux-Belles Street School for Boys. The school was run by Alfred Binet who developed the Binet-Simon test, which was to test the intelligence of pupils. Piaget was still undertaking post-graduate studies during this period. As Piaget helped with marking the tests, it became apparent to him that young children gave wrong answers to specific questions on a consistent basis. Older children and adults did not make the same mistakes.

This led Jean Piaget to believe that young children had different cognitive processes to adults. He would go on to develop a theory in this area of study some years later. In 1921, he returned to Switzerland. He had accepted an appointment as Director of Research at the Rousseau Institute in Geneva. The institute at that time was run by Edouard Claparede, and Piaget was very familiar with his work.

Jean Piaget began to study the psychology of children’s minds. He came up with a set of standard questions, and as he interviewed children, depending on their answers, he would then ask non-standard questions. Piaget noticed that over time the children’s responses went from being intuitive to being scientific, and then to being acceptable on a peer level. He thought this was because as the children had more social interaction with others, they became more influenced by older children.

In 1964, Piaget accepted the invitation to become a chief consultant for two educational conferences. One was at Cornell University, the other at the University of California. The conferences were about the cognitive development of children.

It has been recognized that there are four distinct phases of Jean Piaget's research.The first is the sociological development stage, which is from birth to age two. In this stage, the children view the world through their senses and movement, and they have no concept of the world from an outside viewpoint.

The second phase is between the ages of two and seven. This is when children still generally don’t have a concept of the world from an outside point of view, but they are beginning to develop their own thoughts on a “fantasy” level. They pretend that things are real when they are playing, for instance, a box might be a table and a piece of cardboard might be a plate. They can draw things that don’t resemble the real item, but they see it as the real item. This is the stage of assimilation and accommodation.

In the third stage, from ages seven to 11, the children are continually learning new realities for the age level where they are at, so they are continually developing. They are now generally past the stage of being egocentric.

The last stage as Jean Piaget saw it, was from the ages of 11 onwards. In this stage, children develop abstract thought, and learn to problem-solving.

Over the years, Piaget did many studies, and wrote many books on his research. His profound influence continues on a global scale, even today. The Jean Piaget Society holds conferences every year, and there are normally in the range of 700 attendees.

He is recognized as being one of the most influential developmental psychologists in history. He has also had an immeasurable effect on education in Europe and the U.S. where education is now more focused on the child. Piaget’s work has influenced philosophers such as Thomas Kuhn and Jurgen Habermas, andscientists like Alan Kay and Seymour Papert who work in the field of artificial intelligence have also used Piaget’s theories in their work.

Jean Piaget published over 60 books on his research, as well as innumerable articles and research papers.

Jean Piaget received the Balzan Prize in 1979 for his work in Social and Political Sciences.

He had 16 honorary doctorates, and several appointments as Professor, including Emeritus Professor at the University of Geneva from 1971 to 1980.

Piaget married Valentine Chatenay in 1923. The couple had three children, who became subjects of Piaget’s study.