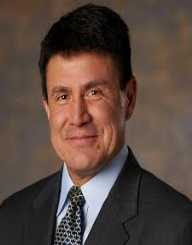 Javier Pena and his team maintained a guarded effort at his middle age to take a drug kingpin, Pablo Escobar into custody. Just like 2004’s crime/drama “Man on Fire,” Javier went beyond his power to pursue the manhunt. As a Special Agent in Charge, it took six years for a complete and successful mission. In short, Javier was the chief investigator, and this is what led to a golden opportunity in one of the most loved TV shows- Netflix or rather Netflix’s Narcos. There’s more to Javier Pena other than myriads of capture and foxholes.

Javier Pena is a Texas native whose birth date and the year is unknown. He spent most of his childhood life in Kingsville, Texas. At his teen, he attended A and I University where he majored in Psychology and Sociology. The completion of his study ended with a BA.

Pena’s career began a little bit earlier than he had presumed. He first started as a Deputy Sheriff in a local town called Laredo. He spent seven years in that department. Afterwards, he was given a special agent position in Austin till the end of 1988.

When Pablo Escobar became the talk of the town, Javier Pena did what he knew best. Guarded with law enforcement and crime armor, he chose a retributive justice for the drug kingpin. Without knowing what was beneath the surface, Javier worked on Pablo’s case submitting relevant proofs during the investigation.

Pena was highly skilled and leaving loose ends wasn’t his cup of tea. It was here where he teamed with another questioner, Stephen Murphy. The duo was sent to Bogota, Colombia where Escobar’s “smoked kingdom” dwelt. One by one the drug lord's secrets became known.

Well, Javier Pena's findings were true to the core, but at the same time, there was a rhetorical question that no one answered; like, how did he manage to gather the wealth?

Sources claim that he drained $2,000 on rubber bands to tie loads of cash he collected in a day. That is to say that he was overwhelmingly rich and powerful.

Javier Pena's perseverance to end Escobar’s black-markets formed a highly-skilled team including Colombian National Police Force. The said culprit turned down a chance to change his life through media. In that note, there was nothing left for him other than jail becoming his second home.

The intrigue and suspense that was in the U.S and Colombia at that time were beyond compare. Pena’s wish was for Escobar to get the justice he deserved. After an assurance that he would get caught, well things became easier after turning himself in. The end promise was that he wouldn’t be sent back home for extradition.

It was in Medellin that Escobar was sent to serve his term. The well-built “guardhouse” had luxurious amenities that even the outsider wanted to quench the thirst in it. The “prison” had a football field, telescope, waterfall, and an extravagant dollhouse.

After a year, Javier Pena received sad news where Escobar escaped from the said lock-up. The drug lord proved that even vengeance has a price. Being one step ahead of the lawmakers, Pena and his team; the Navy Seals began the chase.

Pablo Escobar seemed to have almost gotten away with it. Not so long, Pablo was shot dead as he was closely seen at a middle-class neighborhood roof. The exact date of his death was on 2nd, December 1993.

With a heart of solving even the forgotten mysteries, Javier Pena and his partner gave birth to a cold case in Netflix. The series has 30 episodes thus after Pena signed a consultancy contract with Netflix in 2015. With the view of rectifying how people viewed Escobar as their “lord,” he wanted to change the condition for better. That is the number one reason his character is vividly seen in the series.