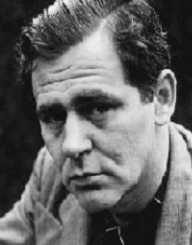 A Pulitzer Prize winner, James Agee was an American journalist, poet, screenwriter and is also regarded as one of the most influential film critiques in the U.S. Some of his works are still considered as the most powerful works in the world including ‘Let Us Now Praise Famous Men’ which was about the human dignity concerning the impoverished sharecroppers during the 1930’s. It was a significant piece of work especially during the era of great depression.

James Agee was born on 27th of November in the year 1909 in Knoxville, Tennessee to Hugh James Agee and Laura Whitman Tyler. James Agee did not have a very easy childhood as his father died in an automobile accident when he was just six years old and his mother married another man named Erskine Wright. James went to Knoxville High School, but James and his younger sister could not remain in one school for long as they shifted through several boarding schools.

James was not a brilliant student, but his passion for writing was always there. He was the president of the Lantern club and was also the editor of the Monthly magazine where for the first time his poems, short stories, and articles were published. James was also admitted to the Harvard University where he was the Editor-in-chief of the Harvard Advocate. While studying at Harvard University he was a classmate with Robert Fitzgerald, with whom he later worked at Times magazine.

James Agee's career was an astonishing one; soon after his graduation, he was hired by Times Inc. as a reporter where he wrote for Fortune magazine. Later, during the great depression, he spent eight weeks with the sharecroppers along with Walker Evans who was a photographer. Agee turned this experience into a book by the name“Let Us Now Praise Famous Men.”

Although James Agee had a wonderful experience with Fortune Magazine, he left the same in the year 1937 while he was working on his book. By the year 1939, James took another reviewing job with the Times magazine. He used to review up to six books per week at times. Later by the year 1941, James Agee became a Time’s film critic and from 1942 to 1948 worked for The Nation as a critic. Some of his best works during those times were for Charlie Chaplin’s then-unpopular film “Monsieur Verdoux” and Laurence Oliver’s “Henry V and Hamlet.”

The final turn in his career came when he decided to become a freelance writer and quit his job in 1948. During this time, one of his best works was an assignment that James Agee did for the Life Magazine which was about the silent movie comedian Charles Chaplin, Buster Keaton, Harold Lloyd, and Harry Langdon. During the tenure of being a freelance writer, James continued to write articles for magazines even though he was working on movie scripts and developed an excellent friendly bond with photographer Helen Levitt.

James in the year 1947 and 1948 even wrote an untitled screenplay for Charlie Chaplin which got published in the year 2005 by the name “The Tramp’s New World.” He also wrote a documentary to be noted as the first films that were completed and released by the name “The Quiet One.”

James Agee did not have the smoothest run with marriages. James was married thrice. The first time he married right after he graduated from Harvard with Olivia Saunders, but they got divorced in 1938. Later, James married Alma Mailman with whom he had a son by the name of Joel, but the marriage did not last long, and they got divorced in the year 1941 after which James moved to Greenwich Village along with Mia Fritsch; whom he married in 1946 and had 2 daughters, Julia and Andrea and also a son by the name of John.

In the year 1951, James Agee who had become not only a hard drinker and a chain smoker suffered from a heart attack. But it was on 16th of May, 1955 that he suffered a fatal heart attack in a taxi cab while on route to a doctor. He was buried at Hillsdale, New York a farm owned by him.