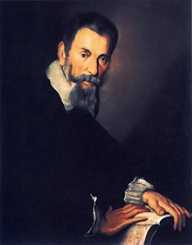 Jacques Arcadelt was a music composer born in 1507. Most of his compositions no longer exist currently.  He wrote more than 200 madrigals in the Sistine Chapel. This was before he settled in France for his entire life.  During his career, he also served at the Julian Chapel. In his later years, he worked for Charles de Guise. It is also believed that he worked for Henry II and Charles IX. During this time, he had changed his style from madrigals to motets, chansons, and masses.  However, he had them published in the same way his madrigals were published. The publishing was done in France by Le Roy and Ballard publishing company. Throughout his career, Arcadelt composed over 200 madrigals and 125 chansons. He also tried many styles including the frottola and polyphonic styles. His inspirations were sometimes based on real-life experiences. He died a mysterious death for no known causes have been revealed.

Not much is known about the childhood of Jacques Arcadelt. The little known is that he was born in 1507. He experienced a French upbringing. He is believed to originate from Namur (presently Belgium).  Sources have it that he loved singing while growing up and proved to be quite a talented child. In the 1520s he traveled to Florence for his studies. During this time, he became acquainted with the songwriter and composer Philippe Verdelot.

Jacques Arcadelt began his career as a composer with his work that was published in 1531 in Germany. However, these compositions are no longer in existence. He later composed a variety of madrigals. The first set was later published in 1538. They no longer exist in the present world as well. The following year the madrigals were republished.

His compositions were quite a success in his time. This earned him a position in the Basilica of St. Peter Basilica situated in Rome at the Papal choir. He initially served as a singer and later a composer at the choir. It is also believed that he was appointed as magister madrigals at the Julian Chapel. Meanwhile, he also served at the Sistine Chapel. During this time, most of his madrigal works were republished and were quite a success. In 1551, He left the Sistine Chapel and traveled to France.

After a short stay in France, Jacques Arcadelt rejoined the Sistine Chapel. He then began his compositions of more than 200 madrigals. When he was finished, he permanently returned to France. He then decided to change his style of compositions after he enjoyed huge success in his madrigals.

He changed his style to chansons then masses. He also tried motels. These new styles were also a success and Arcadelt was quite motivated. He later worked closely with his employer Charles de Guise. In 1557, he published a book which he dedicated to Charles.

In his later career, sources believe that Jacques Arcadelt also worked for Henry II and Charles IX. He also published his chansons and motels through Le Roy and Ballard publishing company situated in France. He had his work published the same way as his madrigals.

Jacques Arcadelt took his last breath on October 14th, 1568.  He was 61 years old when his death occurred in Paris.