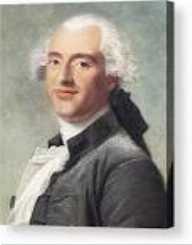 Jacques Alexandre Cesar Charles was born on November 12, 1746, in the commune of Beaugency, province of Orleanais, France. Almost nothing is known about his family, except that he had no siblings. He eventually moved to Paris and began working as a clerk in the ministry of finance.

In 1779, Benjamin Franklin’s visit to France inspired Jacques Alexandre Cesar Charles to pursue science. He started studying physics at the National Conservatory of Arts and Crafts. In 1781, he started giving public lectures and demonstrations of his experiments. He soon came up with the idea of using hydrogen in balloons. He teamed up with Anne-Jean Robert and Nicolas-Louis Robert, two brothers who owned an engineering workshop.

They launched their first balloon on August 27, 1783. They attracted a large group of onlookers, including Benjamin Franklin. The balloon flew from the Champ de Mars in Paris to the village of Gonesse.

They launched their second balloon on December 1, 1783. This time, Charles and Nicolas-Louis were also aboard the flight. They flew from the Tuileries Palace to the commune of Nesles-la-Vallee. They spent two more years perfecting the design of the balloon. This type of balloon became known as the Charliere.

Around 1787, Jacques Alexandre Cesar Charles wrote a paper describing how gases expand when they are heated. In 1795, he became a resident member of the Academy of Sciences and a professor of experimental physics at the Conservatory of Arts and Crafts. In 1802, natural philosopher Joseph Louis Gay-Lussac took his old work regarding the expansion of gases and improved it.

Jacques Alexandre Cesar Charles made improvements on several existing instruments, such as Fahrenheit’s aerometer and Gravesand’s heliostat. He also repeated Franklin’s experiments, confirming his conclusions. In 1816, he became the president of the Conservatory’s department of physics.

In 1804, Jacques Alexandre married Julie Francoise Bouchaud des Herettes, a Creole woman who was 37 years his junior. She was known for her beauty, and she was the subject of Alphonse de Lamartine’s poems. She passed away in 1817, at the age of 33.