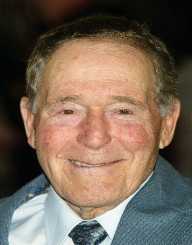 Jack LaLanne, given name Francois Henry Jack LaLanne, was born on September 26, 1914, in San Francisco, California, United States. LaLanne was the youngest of three boys, including one brother, Ervil, who died in early childhood at age five, and another older brother named Norman. It was Norman who gave LaLanne his nickname of Jack. LaLanne was born to two French immigrant parents, Jennie LaLanne (nee Garig) and Jean LaLanne. His parents entered the United States at the Port of New Orleans in the 1880s, when both were young children.

In his younger years, Jack LaLanne suffered from addiction to junk food and sugar. He also suffered from physical and mental health issues, including explosive anger, headaches, and bulimia. In 1928, LaLanne and his family moved from San Francisco to Berkeley, California. Due to his persistent health issues, LaLanne briefly dropped out of high school at age 14. LaLanne heard a speech by health food advocate Paul Bragg one year later, which discussed the dangers of sugar and meat.

As a result of hearing this speech, Jack LaLanne decided to change his dietary and exercise habits. He described himself as being “born again” after hearing Bragg’s speech. It was his first foray into the world of diet and exercise. LaLanne began swimming and bodybuilding, and he stuck with a clean diet from that time on, despite being teased for his choices to eat healthier.

Jack LaLanne re-entered high school at age 15, eventually making the football team. He went on to pursue a college degree in San Francisco, eventually earning a Doctor of Chiropractic degree. LaLanne went on to serve in World War II as a Pharmacist Mate First Class at Sun Valley Naval Convalescent Hospital in Idaho. LaLanne continued to focus on weight lifting and bodybuilding throughout his time at college, including the study of the well-known Anatomy of the Human Body by Henry Gray.

Jack LaLanne focused on exercising to the point of exhausting his muscles, which is now a standard style of exercise. LaLanne concentrated on both bodybuilding, mainly lifting weights, and cardio exercises such as walking, swimming or other steady-state cardio. While many of LaLanne’s exercise practices are now common among fitness enthusiasts, he did have some ideas which have not carried through to today. LaLanne received some criticism for his penchant to dismiss warm-ups as a gimmick or “shtick” as he called them. He believed that warm-ups were counter to our instincts to exercise for survival.

LaLanne continued exercising nearly every day throughout his life. He viewed life as constant athletic training and believed that death would be much more comfortable, as living requires so much maintenance. LaLanne thought that each human being has a responsibility to his “health account” which is just as essential as one’s bank account to his ability to survive and thrive in life.

Jack LaLanne was clear and adamant about the dangers he believed came from processed foods. He thought they caused many health problems. LaLanne advocated for a meat and vegetable diet, though he did identify himself as a vegetarian for many years, which he carried through until his later life when he followed a mostly meatless diet.

LaLanne did not believe in snacking, and he was very strict about the things he ate. He felt that if it was man-made, it should not be consumed, and he also believed things that tasted good were not worth eating, and they are what caused health problems.

The first health club in the United States was opened by Jack LaLanne in 1936. The health club, very similar to the many gyms and clubs the United States has today, offered exercise and nutrition plans along with weight training. The idea of a health club was so new at the time it opened that doctors were wary of the idea, calling LaLanne an “exercise nut” and warning patients not to visit his club.

LaLanne was a pioneer of many health trends that are still popular today. He even encouraged women to lift weights, something that was unheard of at the time.

For 34 years, Jack LaLanne hosted The Jack LaLanne Show, the longest running fitness program on television. The program began as a 15-minute stint on San Francisco’s ABC affiliate network, KGO-TV. Starting in 1959, the show was picked up for a nationwide audience by ABC, and it continued to run until 1985. He used the program to promote his gym and health products, while simultaneously giving health and fitness advice. One of the most beloved aspects of The Jack LaLanne Show was its minimalist set, which LaLanne used to promote the use of basic housewares (such as a chair for tricep dips, etc.) as a simple way to exercise without the need for expensive equipment.

Beyond The Jack LaLanne Show, LaLanne had many other media endeavors, including several books (the last of which being published on his 95th birthday), appearances in movies and songs, exercise equipment and vitamin promotions, and juicers.

Jack LaLanne met his second wife, Elaine Doyle LaLanne, during his original The Jack LaLanne Show run at KGO-TV. They were married for over fifty years and had one child together. They also raised two other children from each of the pair’s previous marriages.

On January 23, 2011, LaLanne died of respiratory failure due to pneumonia. He was 96 years old at the time of his death. He is buried at Forest Lawn Memorial Park in Hollywood Hills, California, United States.

Jack LaLanne conquered many fitness feats and was bestowed many honors throughout his lifetime. These included everything from swimming the distance between Fisherman’s Wharf and Alcatraz Island in San Francisco all while handcuffed (at age 41 in 1955) to be an inaugural inductee to the National Fitness Hall of Fame in 2005.