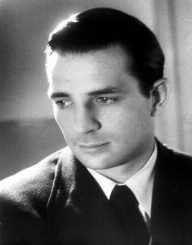 Jack Kerouac was born on March 12th, in 1922. His place of birth was in Lowell, Massachusetts. His writing career took off while he was in his early 20s. However, it took him time for his work to gain a large audience and make him famous. 1957 marked a period in his career where his turning point came through. This was after the publication of On the Road-1957. This book depicted his pioneer works in the Beat Generation. Sadly in 1969, Kerouac passed away as a result of abdominal hemorrhage.

Jack Kerouac was born on March 12th, 1922. His parents were from the French and the Canadian origin. Léo-Alcide Kéroack was his father while his mother was Gabrielle-Ange Lévesque. When Kerouac was only four years old, his older brother passed away. He had been suffering from rheumatic fever. The effect of their son’s death and a brother brought the family close to their Catholic religion.

While Jack Kerouac was still young, he was active in sports. Some of the main sports that he engaged in were track, basketball, and football. His dream was to one day become a great writer. As such, he knew that his only gateway to success was by engaging actively in sports. The Great Depression came, and it heavily affected Kerouac’s family sending them into poverty. His father turned to drugs and alcohol as a means of consolation. During this period, Kerouac was a student at the Lowell High School where he was hailed as one of the best star running back. His performance in sports earned him a college scholarship to Columbia University. This was a path that would also save his family from poverty.

Before joining the Colombia University, Jack Kerouac had to first enroll with the Horace Mann School for Boys for a full year. It is during this period that he migrated to the New York City where he could chase his dreams. He was naïve to the city life as he had never experienced before. His new and exciting experiences were later addressed in some of his literal works. The most interesting thing according to his description was music and particularly Jazz music. Soon, his writing career took off as he landed a job with Horace Mann Record. He was a reporter here. He also began publishing short stories in the Horace Mann Quarterly, a school magazine.

In 1940, Kerouac began his first year at the Colombia University. He had two careers that he was fighting for as he was writing while at the same time engaging actively in sports. Unfortunately, Kerouac did not get the chance of playing for long as he broke his leg during the first few games. Therefore, he could not play for the entire first season. The following year, he was fully healed and ready to play. Nonetheless, his coach did not permit him. This frustrated Kerouac is making him quit college. To make a living, he had to engage in odd jobs for some time as he figured out his next course of action in his career. Ultimately, his last decision was to serve his country in World War II. In 1943, he managed to join the army by being enlisted in the U.S. Marines. Surprisingly, ten days later, he was discharged for the Schizoid personality disorder that he portrayed.

Shortly after Kerouac was discharged from the military, he crossed paths with other aspiring writers including Allen Ginsberg and William Burroughs. Together, their shared talent would help them in becoming the pioneers of Beat Generation.

Kerouac’s first novel was published in the late 1940s. This was The Town and City. Years later, the book got published in 1950. This book performed moderately, but it did not grant Kerouac any fame. His next work was On the Road which he completed in 1951. This went on to be one of the greatest works in his writing career. The novel was based on the life on the road that Kerouac experienced with his friends while touring America.

Several years passed as Kerouac experimented with his religious beliefs. He later published several books which earned him recognition including Book of Dreams-1961, Big Sur- 1962, Visions of Gerard-1963 and Vanity of Duluoz-1968.

Jack Kerouac passed away on October 21st, 1969. He had been suffering from abdominal hemorrhage which led to his death at the age of 47. Kerouac left behind a legacy for his famous writing On the Road. This book continues to inspire many writers even after 40 years have elapsed after his death. On the Road, novel is always listed in every top 100 greatest novels of all time.