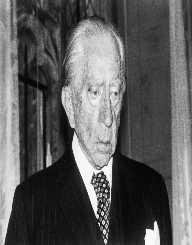 Paul Getty was a well-known American Industrialist and was the founder of Getty Oil Company. Paul started a business at an early age having learned different business skills while working as a laborer at his father's company during summer breaks. He soon started his own business, and in only two years, he was already a millionaire. Paul went underground for two years to live and have fun in Los Angeles. He returned to the oil business in 1919.

Paul Getty put so much effort into establishing his father's oil company as an independent company. This company dealt with drilling, transportation, and selling of oil. His excellent business skills and his capability to take risks played a significant role in expanding the oil company to higher levels. In 1957 he was honored as the wealthiest American by Fortune magazine. In 1966, Guineas Book of Records listed him as the world's most prosperous citizen. His worth was estimated at $ 1.2 billion.

In 1996, Paul Getty was again ranked 67th richest American by a particular book publisher. Regardless of being filthy rich, Paul was a miser; he even negotiated his grandson's ransom. Besides being a business person, Getty was also an avid collector of antiques and art. The J. Paul Getty Museum is formed from his collection. When he died, he left over $661 million to the museum. In 1953, he founded the J. Paul Getty Trust which is the wealthiest art institution in the world.

On 15 December 15, 1892, Jean Paul Getty was born to Sarah Catherine and George Getty, a petroleum businessman in Minneapolis, Minnesota. His father had been a lawyer for some time before entering the petroleum business. The family then relocated to Los Angeles, California after pulling up stakes where Paul was raised.

During summer holidays, Paul Getty spent his time studying and working at his father's oil farm in Oklahoma as an unskilled laborer. It is during this time that he learned so many business skills, which he applied later in his business career

Paul Getty moved to Tusla, Oklahoma in 1914. He took a financial loan from his father to start his business as an oil producer. Using the credit he got, he began a broking business where he would buy oil leases in Tusla and sell them. His competitors saw this as a wrong move and waited for his demise. The business however thrived and earned him a considerable share of profit.

He made his first million in 1916; he was also earning the same amount from the Nancy Taylor No. 1 Oil Well Site near Haskel, Oklahoma. Being a millionaire in just two years, Paul left the oil business the following year to be a playboy in Los Angeles.

In Los Angeles, Paul Getty spent two years then went back to the oil business in 1919. His father had however lost all confidence and trust in him. He spent the 1920's working jointly with his father. The two gained so much wealth through drilling their oil, as well as through brokering leases. George began gaining confidence in his son again and granted him a third interest in the Getty Oil Company. After his death in 1930, George left his son $500, 000 which was quite little considering he had $ 10 million. Also, he gave his son Paul the presidency of the company.

Paul Getty worked tirelessly and diligently, intelligently using his resources. He rebuilt the company and made it an independent business which drilled, refined, transported and sold oil. Paul then started to buy other firms like Pacific Western Oil, Tidewater Oil, and Skelly Oil. He later merged all these companies into the Getty Oil company which substantially increased the profits of the company.

During World War II, Getty took a considerable risk by gambling with Ibn Said for a piece of infertile land which was near the national border of Kuwait and Saudi Arabia. They both had an agreement that Ibn Said was to be paid $9.5 million in cash and $ 1 million every year for 60years. The deal turned to a fortune in 1953 when the land began producing 16 million barrels of oil every year. This production greatly uplifted the company.

Paul Getty began learning the Arabic language to expand his oil business to the Middle East. Consequently, his business was always growing. He earned significant interest in more than 200 firms which contributed to him being the world's richest, his wealth also rose from $2 billion to $4 billion.

In addition to the oil business, Paul had several successful investments in the real estate industry, hotels to be precise. He was the owner of Pierre Hotel in New York City. He also bought the Sutton Place in 1959. It was a country house that was once owned by the Duke of Sutherland and set on an over 500 acres piece of land with over 72 rooms.

Besides business, Paul Getty was a dedicated collector of art and antiques. In 1953, he founded the J. Paul Getty Trust that operates his museum in Los Angeles, California. The museum is the wealthiest art institution in the world.

Paul Getty married a total of five times in his life. He first married Jeanette Demont in 1923. In 1924, they had a baby boy together, George Franklin Getty II. They however divorced after only three years of their marriage. He got married again in 1926 to Allen Ashby. They then parted after just two years.

In 1928, after separating with Allen, he married Adolphine Helme, and in 1932, they had a son, Jean Ronald Getty. The marriage, just like the previous did not last. His fourth wife was Ann Rock, whom he married in 1932. They then had two sons, John Paul Getty Jr and Gordon Peter Getty. The marriage however ended in 1936.

His last wife was Louis Dudley Teddy Lynch. This union was his longest marriage, which lasted 19 years. They had a son, Timothy Ware Getty who succumbed to a brain tumor in 1958. Paul being in England did not attend his son's funeral. Teddy got furious and divorced him the same year. Paul later spent his life staying in the British Isles.

On June 6, 1976, Paul Getty died in Surrey, England due to heart failure. He was then laid to rest in Pacific Palisades, Los Angeles, California at the Getty Villa. He had constructed the villa in the early 70's to keep his art collection. It was later opened to the public as a museum. He left a whopping $ 1.2 billion to his trust, the Getty Foundation.