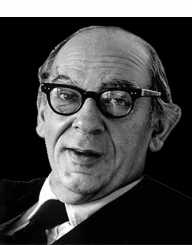 Sir Isaiah Berlin was born on June 6th, in 1909. He is a renowned philosopher who earned his fame through his contribution to value pluralism and liberal theory. Although he did not like the idea of writing, his talks and lectures were transcribed and recorded for future benefits. Later on, some of these recordings were transformed into books and essays.

Isaiah Berlin was born on June 6th, in 1909. He was born into a Jewish family. Berlin was the only son that survived to his father Mendel Berlin and Marie Volshonok. His father was a timber trader.

Isaiah Berlin joined St Paul’s School situated in London for his early education. After that, he submitted his application to join Balliol College in Oxford. Unfortunately, his application was rejected following a messy interview. After this, he went ahead and sent another application to Corpus Christi College. Luckily, he was admitted into the college where he began his lessons into classical antiquity. After taking on another degree, he landed on a job as a philosophy tutor at New College, Oxford.

Throughout his career, Berlin earned his fame for his intellectual abilities. Some of the philosophical publications that he is remembered for include Two Concepts of Liberty, The Hedgehog, and the Fox, and Counter-Enlightenment.

In 1956, Berlin tied the knot with Aline Halban.

Isaiah Berlin passed away on November 5th, in 1997. He was 88 years old at the time of his death.