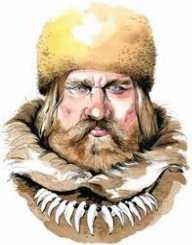 An explorer and hunter, Hugh Glass is one of the heroes of the early American wild west expedition journeys.

Hugh Glass is said to have been born in 1783. This was in the town of Scranton in the state of Pennsylvania. His parents were immigrants from Britain. Historians differ on his early life since no real records have been found to document any proof.

In one of his early travels, he was captured by pirates around the Gulf of Mexico. The pirates were led by the notorious French fugitive Jean Lafitte in 1816. For the next two years or so, Glass was a member of the pirate’s brotherhood. Risking his life in the shark-infested waters; he swam ashore in a dramatic escape from the pirate fraternity. Once on the continent, Glass found himself on the territory of what is today Texas.

Hugh Glass was again captured by a tribe of Native Americans. The Pawnee tribe somehow spared his life and let him live amongst them. In 1821, a meeting was arranged between the Pawnee delegation and the representatives of the US government. The meeting was supposed to be held in St. Louis, Missouri. The Pawnee chose glass as part of their delegation. In a turn of events, Glass decided not to return home with his Pawnee delegation. He stayed back in St. Louis.

Barely a year after his freedom from the Pawnee tribe, Hugh Glass would find himself in another expedition. General William Ashley wanted a team to help him travel up the Missouri River in search of fur and other trade items from the natives. Glass responded to the newspaper notice and was accepted. The group was one hinder strong. They started their journey in 1822. Glass followed the following year in 1823. Later that year, they were attacked by a marauding hostile band of the Arikara warriors. Glass survived the arrowhead injuries and continued with the expedition.

After resting for several days at Fort Kiowa, the group set out again. The attack by the Arikara warriors and other factors had seen their number dwindle from one hundred to thirty. In early August, Hugh Glass was on patrol scouting for food while his company was resting. Without realizing, he had entered the territory of a nursing grizzly bear. The bear attacked and inflicted severe injuries on him. His company responded to his distress call and killed the bear. Glass was severely injured to continue with the journey.

Andrew Henry who was General Ashley’s business partner instructed his team to carry him along. This slowed their locomotion. Henry then instructed two of his team members to stay back with Glass. In return, they were to get a bonus of USD 40 each. The instructions were simple. They were to watch over him for about five days and bury him upon his death. After five days, Glass had not died. His condition had not improved either. The two men John Fitzgerald and Jim Bridger left him for the dead and joined the company ahead. They reported that glass had already died.

As the expedition party went ahead, Hugh Glass summoned his energy and started his painful crawl to safety. Surviving on bugs and wild fruits, he managed to reach the Cheyenne River. He was then taken in by a friendly native tribe. The new hosts helped him recuperate. They then helped him fashion a raft boat. After about two months, Glass reached Fort Kiowa.

He stayed at fort Kiowa until he was fully recovered. Driven by rage and revenge, Hugh Glass then went searching for his two colleagues who abandoned him to die. He first found Bridger. Glass pardoned him partly because of the age. Bridger was a young lad of 19 years. His pursuit of Fitzgerald ended when he discovered that Fitzgerald had joined the US military. Glass returned to his longtime business of exploring frontiers.

In yet another encounter with a native warrior band, Hugh Glass was killed in 1833. His larger than life story has been turned into novels and films in the US. The latest was the film The Revenant produced in 2015. This was an adaptation from the 2002 book with the same title. There is also a full-size metal sculpture of Glass fighting with a bear at the Grand Museum in South Dakota.

Whether factual or added with some fiction, the story of Hugh glass is a legend to the lovers of the Wild West expedition stories.