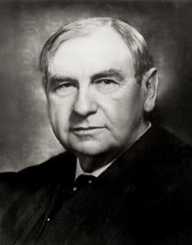 Harlan Fiske Stone was a US Supreme Court Chief Justice who became the first ever nominee to voluntarily face a Senatorial Committee for vetting.

Harlan Fiske Stone was on October 11, 1872, in Chesterfield, New Hampshire. His parents Fred Lauson and Ann Sophia were farmers in New Hampshire. He went to school at Amherst High School. He joined Amherst College and graduated in 1894. In his early years in school, Stone dreamed of studying medicine in college.

After his days at Amherst College, Stone decided to study law. In 1895 he enrolled at the University Of Columbia School Of Law. Stone graduated with a Law degree in 1898.

In 1898 he sat for and passed the bar admission exams in New York. He practiced law in New York. He continued lecturing students at his former university. In 1902 Stone was promoted to a professor. In 1905 he left the job at the law school for private practice. He returned as the dean of Law at the Columbia University in 1910.

Stone proved his open-mindedness most of the times. He was a conservative, liberal and libertarian depending on the case scenario. He brokered a settlement for his colleagues when the university wanted to expel them. In the lecture halls, he taught theories that were described as conservative leaning.

In April 1924 stone was appointed as the US Attorney General by President Calvin Coolidge, himself an Amherst College alumnus. Due to his conservative teachings on property laws, Stone was widely received by the business owning community.

In his tenure as Attorney General, stone strived to sanitize the image of the government legal office. He restructured the department purging out officers who were involved in previous scandals. He engineered the appointment of Edgar Hoover as the head of the Federal Bureau of Investigation or FBI.

He was a vocal campaigner for President Coolidge in the 1924 presidential elections. Stone thought the opposing candidate threatened the independence of the judiciary. Coolidge won the ensuing elections.

On January 5, 1925, Stone was nominated to the US Supreme Court. He replaced Justice Joseph McKenna who resigned earlier. The US Senate complained about his nomination. It raised issues about the close ties stone had with the US business community in New York. He presented himself before the Senate for interrogation. After deliberating, the Senate confirmed his nomination with a sounding majority. Stone was sworn in as an Associate Justice on March 2, 1925.

He quickly established himself as a liberal in the Supreme Court. Two other colleagues joined him, and they were known as the Three Musketeers. During most of the business-related rulings, the Three Musketeers delivered the most liberal voices. Sometimes they went against the majority vote on the bench. He was objective on emotive legal matters.

On June 12, 1941, Stone was nominated by US President Theodore Roosevelt for the Chief Justice of the US. He replaced Chief Justice Charles Hughes who resigned. He was easily confirmed by the Senate. On July 3, 1941, he was sworn in as the head of the US Supreme Court. His nomination was hailed for two things. Stone was Republican, yet he was nominated to the office by a Democrat president. The second thing was, Stone was considered the most liberal of the judges owing to his past progressive record.

As the Chief Justice, he spearheaded a reformist agenda in the judiciary while upholding the independence and integrity of the office. He ruled to uphold threatened civil rights and liberties of American society. He also differed with the conservative judges who wanted more stringent rules on federal businesses. He also supported the New Deal Agenda. This was President Roosevelt’s reform agenda. It involved progressive reforms across the board. The reforms ranged from the economy, infrastructure to social reforms, to help the American society come out of the Great Depression.

He got married to Agnes Harvey in 1899. Together they had two children, Marshall and Lauson.

Stone was a member of several legal clubs and institutions. He was also a recipient of honorary degrees from the prestigious Yale University. Stone was also conferred an Honorary Master Degree in Law from Columbia and Williams College.

On April 22, 1946, Stone died of a brain hemorrhage while receiving treatment. He fell ill when delivering a ruling in court. He was buried in Washington D.C.

The Columbia and Yale Universities established awards in his name to honor his legal input. The Us Postal service has a commemorative stamp in his honor.