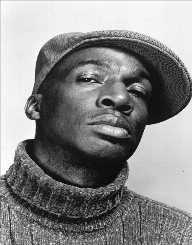 Grandmaster Flash was born Flash Joseph Saddler on January 1, 1958, in Barbados . The family migrated to the United States when he was very young. The family settled in Bronx, New York, where Saddler received education at Samuel Gompers High School. Since it was a vocational school, he learned how to repair electronic equipment, while there. His father had a great interest in Caribbean and black American records, and hearing such sounds would inspire Saddler future work as a DJ. After graduating from high school, he found himself in the New York DJ scene by attending DJs parties.

Grandmaster Flash understudied the style and techniques of several top DJs at the time including Grandmaster Flowers, Kool Herc and Pete Jones. Unable to get a chance to perform at any local disco due to his age, he began experimenting with what he has learned in his bedroom. Working pensively on his skill, he developed techniques that would make him a phenomenal in the DJing profession. He introduced techniques like the backspin, punch phrasing, and perfected the skills of scratching. He would through his skills be later described as a true gem who"transformed the turntable into a true 'instrument', and his ability to get a crowd moving has made his DJ sets legendary."

Grandmaster Flash and the Furious Five

The group became very popular with rap skills and later engineered freestyle battles and MCing. They performed at Disco Fever in the Bronx. They were signed to Bobby Robinson’s Enjoy Records and under the label released their debut single "Superrappin'" in 1979. The group moved to Sugar Hill Records in 1980, where they released several singles and began touring. In 1981, a 7-minute solo showcase of Grandmaster Flash turntable skills titled "The Adventures of Grandmaster Flash on the Wheels of Steel” was released.

The following year, the group released the hit rap song “The Message” featuring Duke Bootee. It became one of the 50 recording selected to be added to the National Recording Registry by the Library of Congress in 2002. Despite being credited to Grandmaster Flash and the Furious Five, the only member to appear on the song was Melle Mel. Due to rising egos as the group gained popularity, it eventually broke up. After the breakup Grandmaster Flash, Rahiem and The Kidd Creole signed to Elektra Records as "Grandmaster Flash". Melle Mel and the other members also became "Grandmaster Melle Mel & the Furious Five".The group later came back for a charity concert in 1987 and released an album in 1988.

On March 12, 2007, the Grandmaster Flash and the Furious Five were inducted into the Rock & Roll Hall of Fame by Jay-Z, becoming the first hip-hop/rap group to achieve that feat. The group also received Grammy Awards Lifetime Achievement Award in 2009.