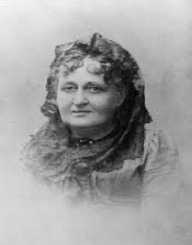 American writer, poet, journalist, and activist Grace Greenwood was born Sara Jane Lippincott on the 23 September 1823 to Deborah Baker Clarke and Thaddeus Clarke in Pompey, New York. Her father was a physician, and in 1842, the family settled in New Brighton, Pennsylvania where her father opened a medical practice.

Grace Greenwood was a pupil at the Greenwood Institute and later adopted Greenwood as part of her pseudonym.

Grace Greenwood showed a talent for writing at a young age. She started out writing poetry and stories for children which were published in periodicals such as Home Journal and New Mirror. In the mid-1840s, when still in her early twenties, Greenwood was writing for newspapers and magazines including the Saturday Evening Post and Godey’s Lady’s Book.

Apart from fiction and poetry, she was also offering political commentary and lifestyle articles. Greenwood came to attention with her poem The Wife’s Appeal, which was published in the Home Journal in 1846. When William Lloyd Garrison, who owned The Liberator, an anti-slavery publication was in New Brighton to present a lecture in August 1847, he visited Greenwood’s family. Garrison was impressed by the young writer’s interest in the anti-slavery movement.

Grace Greenwood was employed as an assistant editor with Godey’s Lady’s Book in October 1849. She was let go the following year because her anti-slavery letters published in the National Era caused outrage from Southern subscribers. She then moved to Washington, D.C. and worked for the National Era while also contributing to the Saturday Evening Post. Around this time, her Washington Letters began to feature in the Philadelphia based Saturday Evening Post and became a regular column in the paper for decades.

Writing for the National Era included articles on travel, features, and stories. She also worked as a copy editor on Uncle Tom’s Cabin by Harriet Beecher Stowe, the abolitionist novel, as it was serialised in the National Era over 40 weeks starting in June 1851. Greenwood collected her magazine articles in a book, Greenwood Leaves (1850). She also published a poetry collection Poems (1851).

After her marriage in late 1853, Grace Greenwood moved to Philadelphia. The New York Times sent her to Europe in 1952, and she published Haps and Mishaps of a Tour in Europe (1954). She also published a children’s book History of My Pets (1854). She started a magazine for children, The Little Pilgrim, with her husband. It was the first magazine for children in the country. Other children’s book includes Recollections of My Childhood and Other Stories.

Grace Greenwood was a suffragette and supported and was active in the women’s movement as women demanded legal equality, equal pay, and equal rights. She continued to be an abolitionist and also campaigned for asylum and prison reform as well as an end to the death penalty. She supported the North during the American Civil War and later published her articles in book form, Records of Five Years (1867).

She later moved back to Washington D.C. and worked as a journalist for the New York Times and the New York Tribune. She also travelled to the West and published New Life in New Lands (1872) and Eight Days in the Yosemite (1872).

In 1882, Grace Greenwood moved to Europe where she worked for the London Journal. She also researched and wrote Queen Victoria: Her Girlhood and Womanhood (1883). She returned home in 1887 and settled in Washington D.C. continuing her work as a journalist for various publications.

Grace Greenwood married Leander Lippincott on the 17 October 1853. They had one child, Annie Grace (b.1855). The marriage did not last, and Greenwood raised her daughter alone after her husband fled from the United States. She retired in 1990 and settled in New Rochelle, New York. Grace Greenwood died on the 20th April 1904.

Grace Greenwood was one of the first women to gain access to the Congressional press galleries and used her writing to advocate for women’s rights, the abolition of slavery and social reform.