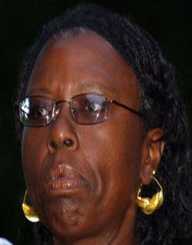 Gloria Naylor was born on January 25th, in 1950. She was a well-known American novelist. One of her best works that earned her high acclaim was The Women of Brewster Place -1982. Other good works that also earned her credits include Linden Hills -1985 and Mama Day -1988.

Gloria Naylor was born on January 25th, in 1950. She was the first born child to Alberta McAlpin and Roosevelt Naylor. Initially, her family lived in Robinsonville, Mississippi before migrating to Harlem. Later on, her father went ahead and worked in the transport industry. Her mother also earned herself a job as a telephone operator as they lived in New York City.

Naylor drew her reading and writing inspirations from her mother. When she entered her teens, she had developed a particular liking to writing. Initially, she wrote short stories and poems which filled her notebooks from time to time.

In 1975, Gloria Naylor joined Medgar Evers College where she completed her studies in 1981. After this, she then joined Brooklyn College. While in Brooklyn she offered her services as a telephone operator. Around this period, she enjoyed reading the works of Toni Morrison, Alice Walker, and Neale Hurston. Naylor also went for her master's studies at Yale University. While taking her masters studies, she wrote the thesis called Linden Hills. This would later become her second novel.

Gloria Naylor's first novel was called The Women of Brewster Place. The novel was released in 1982. The book performed well and that it earned Naylor the National Book Award in 1983. A few years later the book was adapted into a TV under the same name.

Gloria Naylor passed away on September 28th, in 2016. She died as a result of a heart attack. She died at the age of 66.