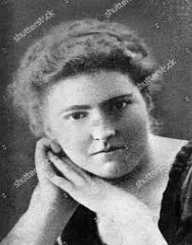 Gertrude Bell is best remembered for playing a key role in establishing modern-day Iraq after World War I. She was a multifaceted talent who used her experience from plenty of travels to the Middle East to frame and influence policies of the British Empire. She was also a writer and an archaeologist. She was popular with both the British bureaucrats and the leaders in the Middle East and remained an influential figure throughout her lifetime.

Gertrude Margaret Lowthian Bell was born on 14 July 1868 into a wealthy family of elected representatives in Durham, England. She was inspired by her grandfather Sir Isaac Lowthian Bell, a Member of Parliament when Benjamin Disraeli was the prime minister. Bell had an appetite for adventure from an early age and developed an interest in international politics nurtured by her father and her grandfather.

In 1871, Bell had her baby brother at the cost of her mother’s life who passed away during childbirth. A few years later, her father married author Florence Bell. Bell’s stepmother influenced her thought process and perspective. After attending Queens’s College, Bell enrolled at Oxford, where she graduated with first-class marks in history.

Gertrude Bell spent the last decade of the 19th century, globetrotting, with her first visit after graduation being Tehran in 1892. Bell’s uncle, famous diplomat Sir Frank Lascelles was serving as an ambassador there. Parallel to her extensive travels, Bell developed a knack for archaeology and learning new languages. She became fluent in a host of languages like Arabic, French, Persian, German, etc.

In 1899, Bell returned to the Middle East. She would spend some time there, traveling to different countries and isolated regions and mingling with different tribes and religious groups. Bell documented her experiences in several books like Safar Nameh, The Desert and the Sown, The Thousand and One Churches, etc., all of which were published before the outbreak of World War I. Bell’s large collection of correspondence was published posthumously by her stepmother.

When the war came, Bell got engaged in volunteering work for the Red Cross. She was in close nexus with British Intelligence agencies and called the shots regarding Britain’s’ policies and dealings with the Middle East. In late 1915, she went to Cairo to work for the Arab Bureau, a subdivision of the Cairo Intelligence Department. Bell had met fellow archaeologist and writer T.E. Lawrence in Carchemish a few years ago. After meeting him in Egypt, the duo started establishing strong bonds with the Arab tribes.

Gertrude Bell’s experiences include being a witness to the harrowing Armenian Genocide that started around the same time as World War I. After Britain captured Baghdad in 1917, Bell was made the Oriental Secretary to analyze and regulate the situation in Iraq. She acted as a mediator between the Arabs and the British diplomats to institute the government in Iraq. Bell’s role was key in keeping the country united at a time when the Shias, the Sunnis, and the Kurds were seeking autonomy.

At the Cairo Conference of 1921, Bell recommended Faisal bin Hussein as the King of Iraq. After Faisal took the throne, he worked closely with Bell. The King helped her conduct excavations at will and form the Baghdad Archaeological Museum or the Iraqi Museum. Bell wanted to preserve the identity of Iraq and its illustrious heritage. She collected several artifacts and relics belonging to the Mesopotamian civilization, including a host of antiquities from the Babylonian Empire.

The wedding bells never rang for Bell. She had an affair with administrator Frank Swettenham in the early 20th century. Bell was also involved romantically with Major Charles Doughty-Wylie until the latter’s death in the battle of Gallipoli in 1915.

The effects of World War I resulted in a widespread economic depression, and Bell was badly hit by it. She developed pleurisy soon after and never really recovered from the death of her half-brother Hugh. Gertrude Bell passed away on July 12, 1926, in Baghdad apparently from an overdose of sleeping pills, the intake of which could have been accidental or deliberate.