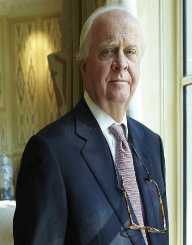 Gerald Ford’s names given to him after birth was Leslie Lynch King Jr. He was born on July 14th, in 1913. His place of birth was in Omaha, Nebraska in the United States. His parents, Leslie Lynch King Sr. and Dorothy Ayer Gardner were wealthy. This was because his father was from a prominent family. Unfortunately, for Ford, his parents separated when he was still a toddler. They parted ways when he was just 16 days old. The main reason for her mother leaving was because Ford’s father was an alcohol addict and abusive at the same time. Fearing for her well-being and that of her young child, Dorothy had to flee away from him.

Soon, Dorothy got married to Gerald Rudolff Ford, a salesman. He adopted Ford and gave him his name. As a couple, Dorothy and Gerald Ford had three other sons together making a family of 4. Gerald was a loving father and helped in raising Ford through the right paths. Ford was still unaware of the existence of his paternal father. He only found out about this at the age of 17 years. He was an active sports member while studying in Grand Rapids South High School. He was the captain of the school’s football team.

Ford later went to the University of Michigan for his higher education. Here, he showcased his Wolverine skills that made him gain recognition as an MVP (Most Valuable Player). His football career was on the rise, and he got scholarship offers as a football player in some schools including Green Bay Packers and Detroit Lions. Nonetheless, Ford turned the offers down because he had an economics degree. He chose to take the job at Yale University working as a boxing and football coach.

In 1940, Gerald Ford began his political career by first volunteering to work for Wendell Wilkie in his presidential campaign. During this period, he managed to attend the Republican Convention which occurred in Philadelphia. One year down the line, Ford graduated from Yale Law School by being top third in his class. Shortly after, Ford moved back to Grand Rapids where he began practicing law in one of the law firms. This is the point where local politics began to be part of his life.

In 1942, Ford enlisted in U.S Navy which would enable him to participate in World War II battle. Four years later, he was back to his regular civilian life. He gained several recognition medals including Asiatic-Pacific Campaign Medal, the American Campaign Medal, the World War II Victory Medal and Philippine Liberation Ribbon. After all these accomplishments, he was back working on his civic duties practicing law yet again.

After meeting his future wife, Elizabeth Bloomer Warren in 1947, Ford decided to run for the Congress office a year later. He got married to Bloomer in 1948, just some weeks before the elections occurred. Ford emerged victorious in the elections, and they were on their way to Washington D.C. for the next couple of years.

In spite of the fact that Ford served as the minority leader of the House, he had high ambitions to become the speaker. In 1976, his tenure in the House came to an end, and Ford was thinking about retirement. The political atmosphere present in the 70s would nonetheless change everything for Ford.

In 1973, the current vice president, Spiro Agnew under President Richard Nixon resigned after being accused of bribery and tax evasion. After two days, President Nixon chose Gerald Ford to replace him in office. This was according to the provisions of the 25th Amendment. A few months later, Gerald Ford was sworn to office as America’s 40th Vice President.

With the heated, on-going Watergate investigations, President Nixon had been involved in the scandal following evidence that was later produced. On August 8th, 1974, Nixon resigned from the office of the president. The next day, Gerald Ford was sworn to office as the 38th President of the U.S. This made him the first ever individual to enter office both as vice and the president without going through the electoral process.

Soon, the next elections were underway, and Jimmy Carter defeated Gerald Ford.

On December 26th, 2006, Gerald Ford life’s journey came to an end as he passed away. He died at the age of 93. This made him the oldest individual who served as president to die at that age.